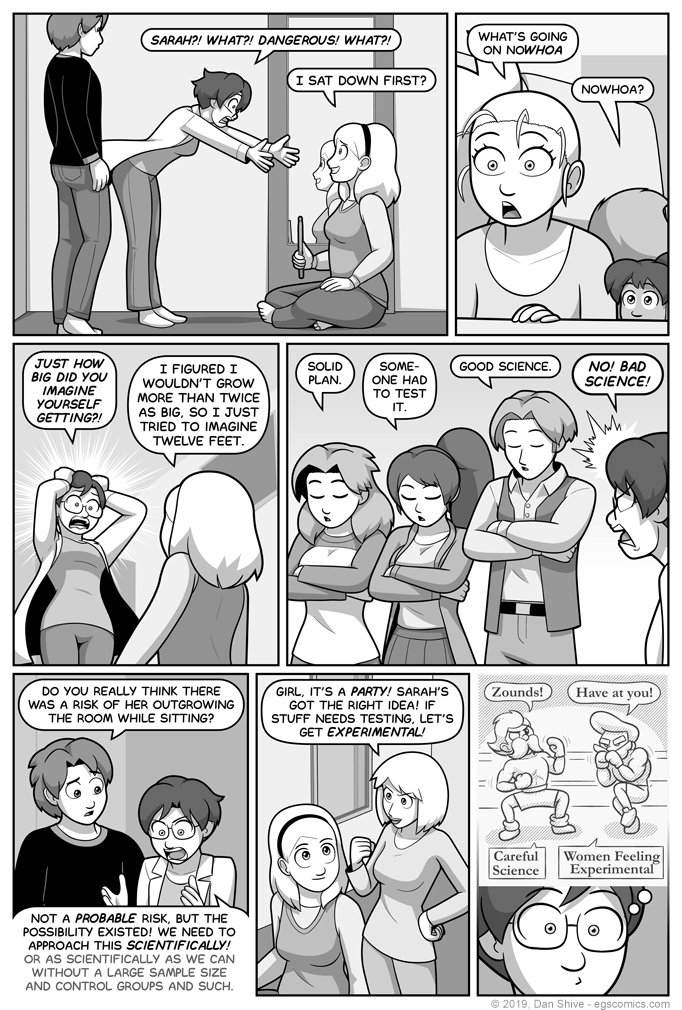 To anyone thinking Tedd is overreacting, consider that, In addition for concern for Sarah's safety, there was also the concern that Sarah could have caused the floor above them to collapse, if not the whole house.

As Tedd noted, an unlikely outcome, but still.

I don't know why Tedd's thinking in the form of political cartoon, but had I the room, I would have made the combatants in the last panel wearing sashes describing what they each represented, and some third thing that would be inexplicably labeled as "The Economy".