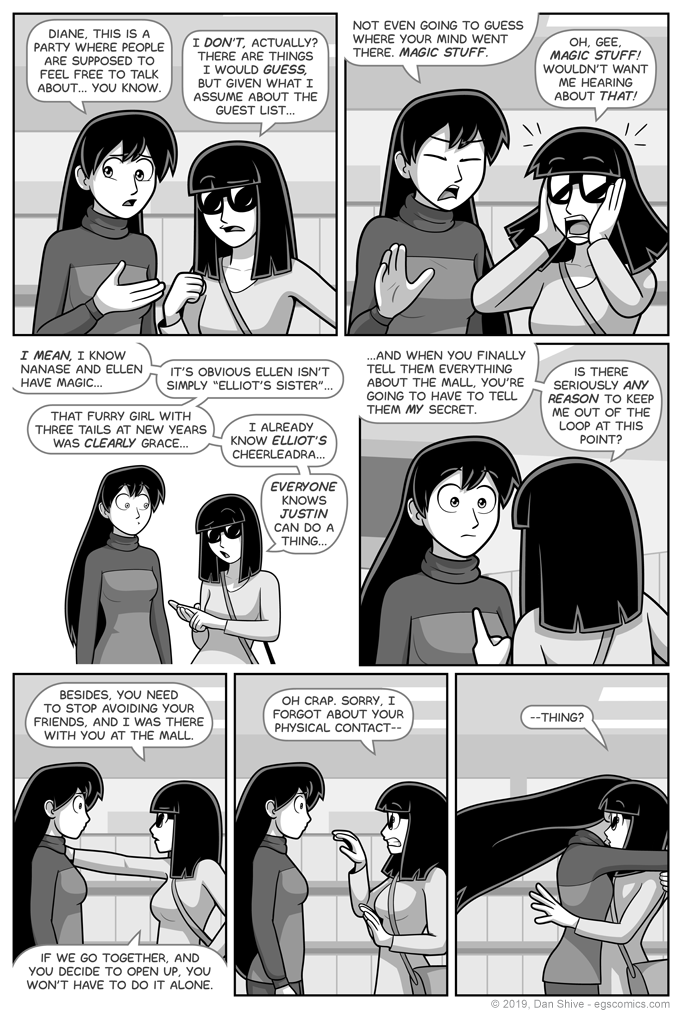 As much as I'd prefer people not be mad at Diane for effectively inviting herself, I feel it would be disingenuous to claim that she wouldn't try crashing the party if she didn't have these arguments for why it's okay. Keep everything else exactly the same, but remove those factors, and she'd still be trying to crash the party.

Those factors ARE THERE, however, so we must judge her in this instance with those in mind!

Let's just, you know. Let's not kid ourselves.

Panel three is a bit of an odd thing, because my instinct was to go with silhouettes to accompany Diane listing things. My instincts were also that we needed to see Susan's face, however, particularly since she's not very physically expressive otherwise. The end result is a weird compromise in which a highly concentrated blizzard passes by between them and the shelves for one panel.

I'm not saying I don't like that panel. I'm just acknowledging the weirdness.