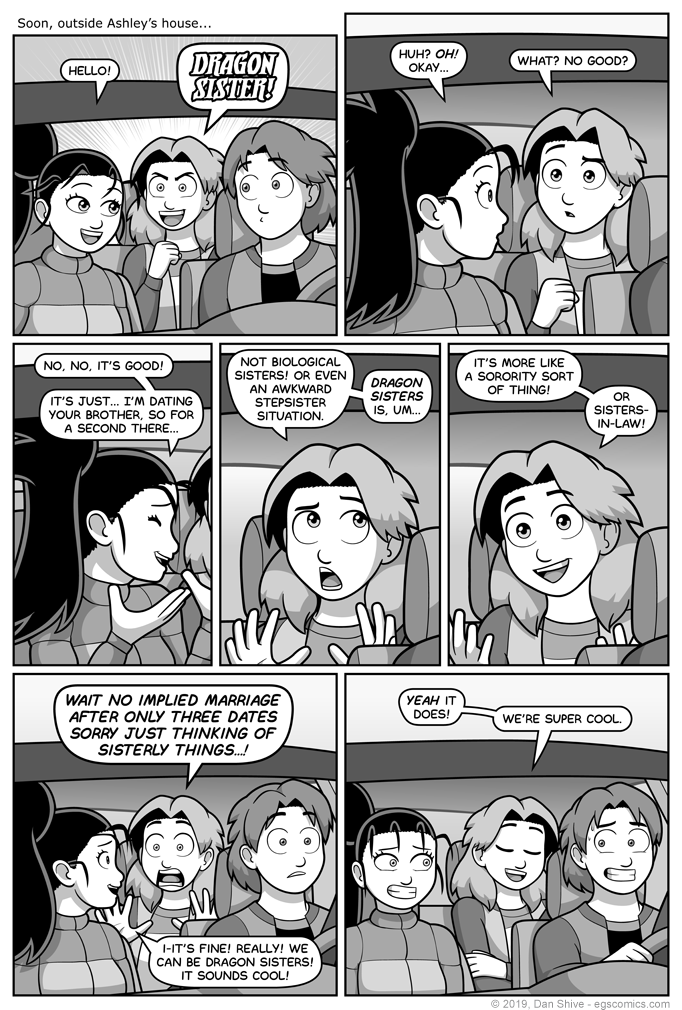 Ellen is determined to make "dragon sisters" a thing.

And so it was that the ancient mystery of why Ellen was sitting in the back was solved: Because they were picking up Ashley, Elliot knows where Ashley lives, Ellen wanted to let her sit up front with Elliot, and Ellen didn't want to switch seats.

I know you were all very concerned about this.

Also, probably better not to be sitting in the same configuration they were in when Sirleck was driving, though I'm torn on whether they'd actually have thought of that. I could see it going either way depending on what they were talking / thinking about while leaving to get Ashley.