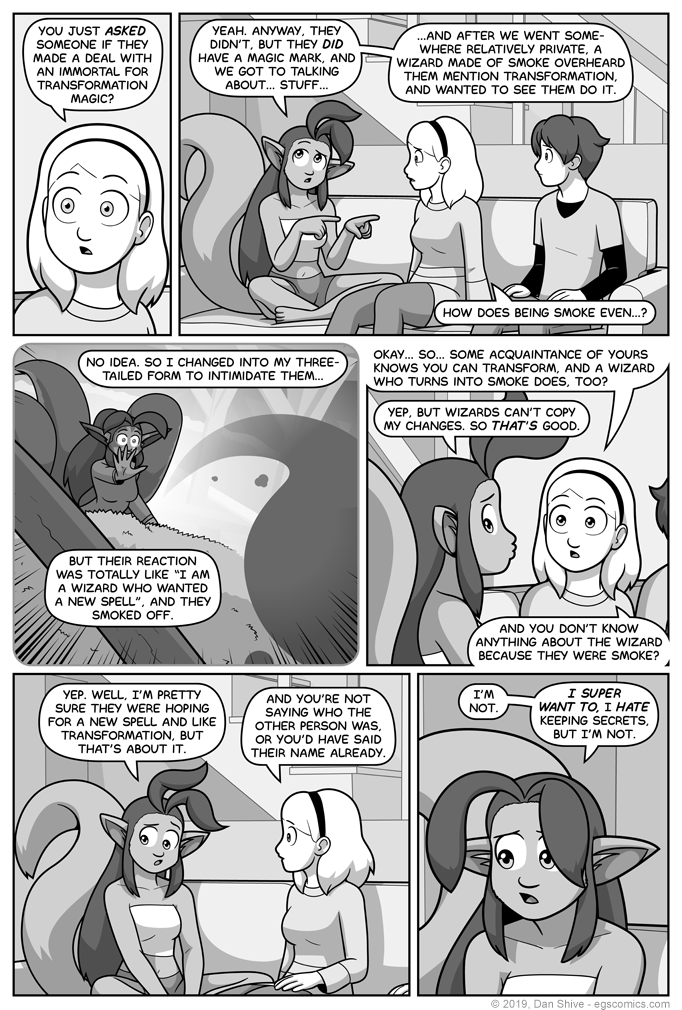 - Grace's feelings at the end of The Secret Of Sam

No one gets how being Smoke works and no one ever will.

I mean, I could make up any number of things, but that would create internal logic that has to be adhered to, and sometimes, you don't want that.

Sometimes, you want "they turn into a gaseous form that can talk, deal with it", because otherwise you might put them in some situation where it's like "hey, if THAT'S true, then THIS should happen", and then it's like "nooooo now I have to make up a new thing or this won't make sense arrrrrgh".