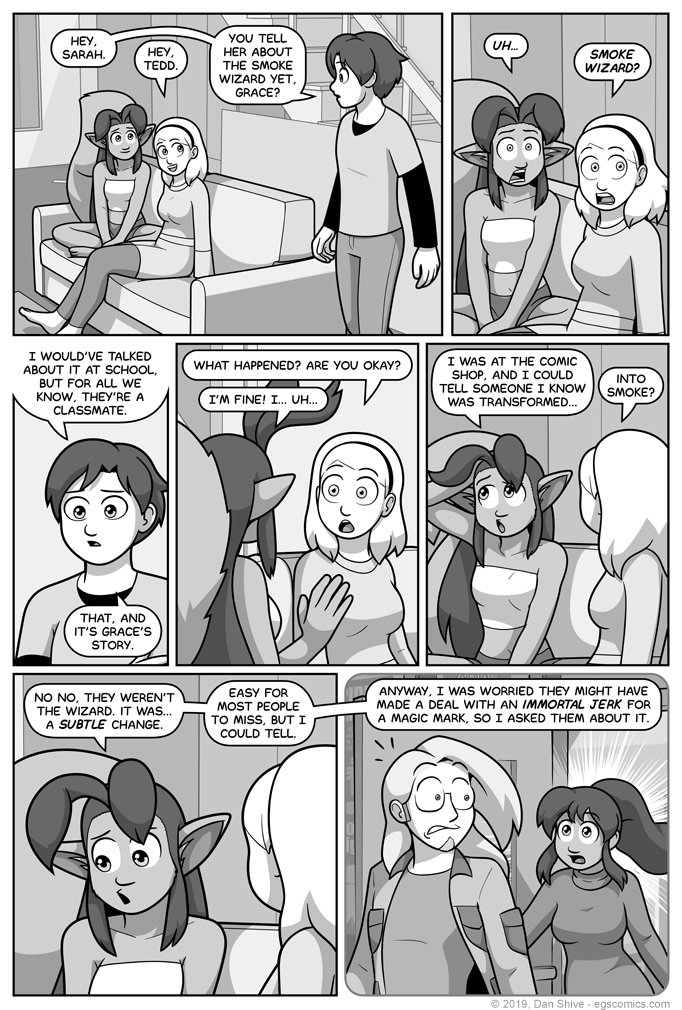 - Grace being able to tell Sam was transformed

- The original summary as said by Mr. Verres

I nearly didn't bother showing Grace tell Sarah about this, but then a voice in my head was like "NO YOU HAVE TO SHOW THAT", and I was like "okay."

I'm sure I'll figure out why later. (Pssst! I already know! I'm just being coy! Don't tell anyone! Thanks!)

Speaking of events with Sam, I added some thought bubble circles to the previous comic's second-to-last panel to make clear that Grace was remembering things Sam and her had said. Some people interpreted it as Sarah saying things, to which I said "OH NOES" and made adjustments.

That's part of the reason why we get a flashback panel on this page. For CLARITY!

And one less panel for me to draw, but mostly CLARITY! Also, I had to edit the background of the panel some, as parts of it that were originally covered by word bubbles weren't fully drawn, so you could say it was ten times the effort to reuse that panel!

You'd clearly be lying, but you could say that.