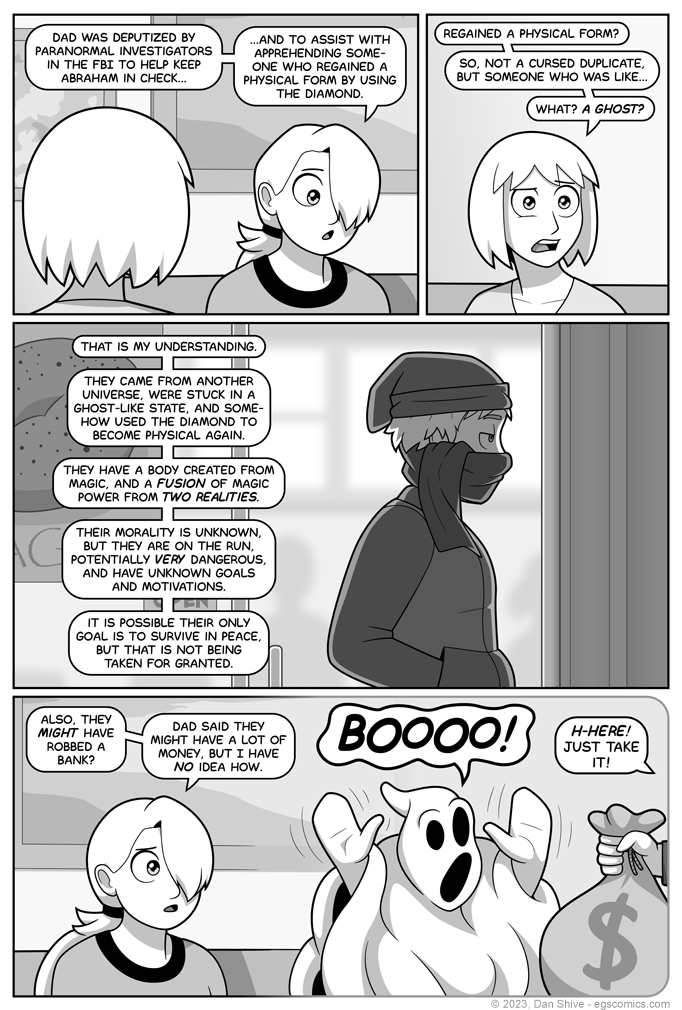 - Sirleck, the aberration Magus (sort of) allied with, hiding money away (that Magus presumably now has access to)

- Magus (while controlling Elliot) explains his own backstory

- When last we saw Magus

I was thinking "yay, done with recapping" when I thought "oh yeah, Magus."

I know spelling it out like that might seem over the top, but our mind brains like to speed up our reading with shortcuts by using relative word size, and what letters they begin and end with. It's pretty understandable that someone might see "Magnus" instead of "Magus" if that's what they expect, and I've seen a lot of people call him that.

This also happens with Rhoda. I've seen a lot of Rhondas.

Granted, autocorrect and predictive text could also be the culprit, but that's less interesting than our brains trying to speed run reading with wicked strategies and strange side effects.