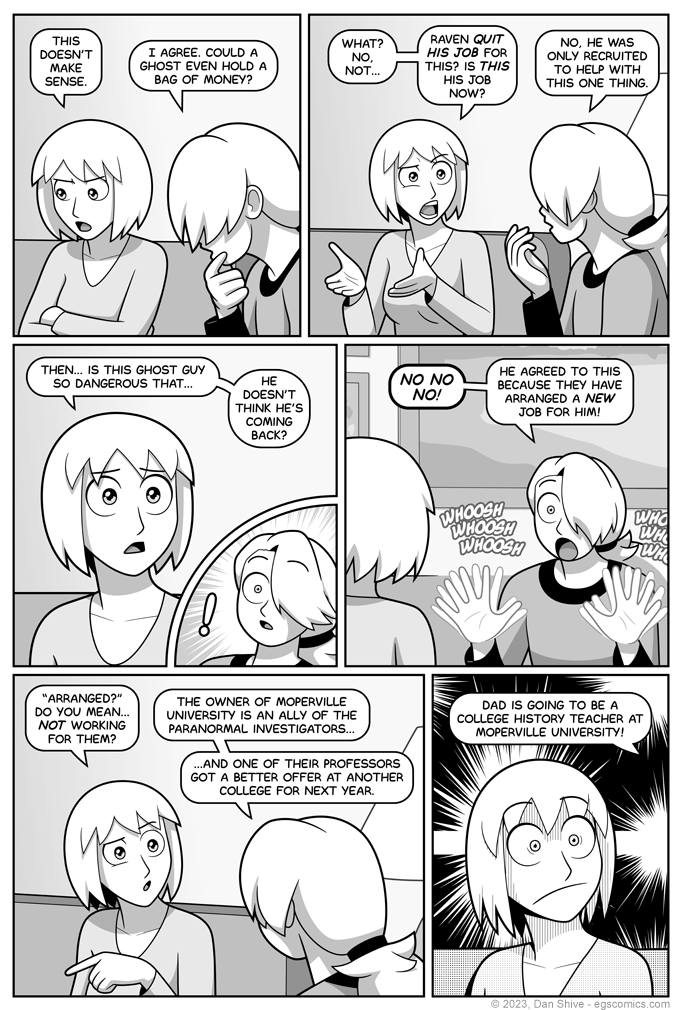 Not that I've often made that face myself or anything.

And so the obvious question of "why did Raven agree to do the thing, and why did he 'retire'," is answered.

I wanted to do something to make the last panel stand out, so I went 100% Black and White with it. I made dot and line fill patterns to make the effect. It wasn't that difficult once I sorted out how to make the dot patterns (literally just have a black circle in the middle of a white square, make the circle bigger or smaller for darker or lighter), but it did require experimentation and fine-tuning.