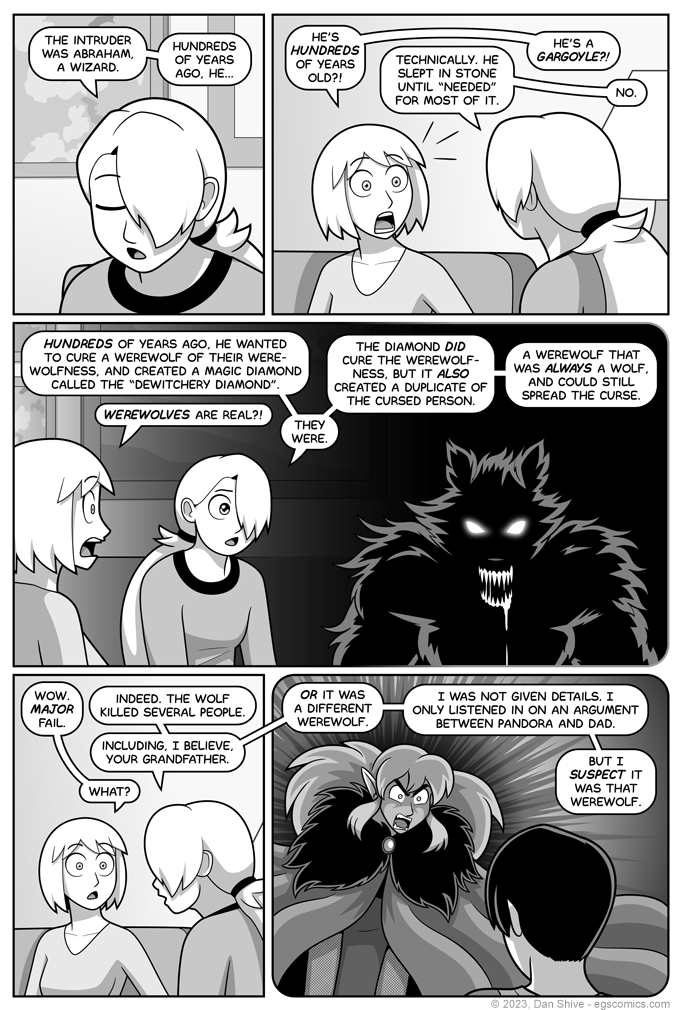 - "I helped rid the world of werewolves."

I personally believe Diane is familiar with the Disney Gargoyles cartoon, and that it is entirely Lucy's fault.

Couple of strange things about writing this page.

Firstly, Diane originally reacted to the name of the diamond (saying it was terrible) instead of werewolves being a thing. I eventually thought to myself "wait."

Secondly, acting on my desire to get through anything even resembling a recap or exposition quickly, I very nearly glossed over the werewolf thing to the point of not even mentioning them.

There are several reasons why that would have been a bad move, but the most immediate is simply that the diamond is relevant to the explanation Noah is giving, and there's the obvious question of "why make the diamond, what's motivating this guy," etc. The werewolves are pretty relevant to all of it.

Which is good, actually, because it's about time someone noted the potential pre-existing connection between the Ravens and Abraham.