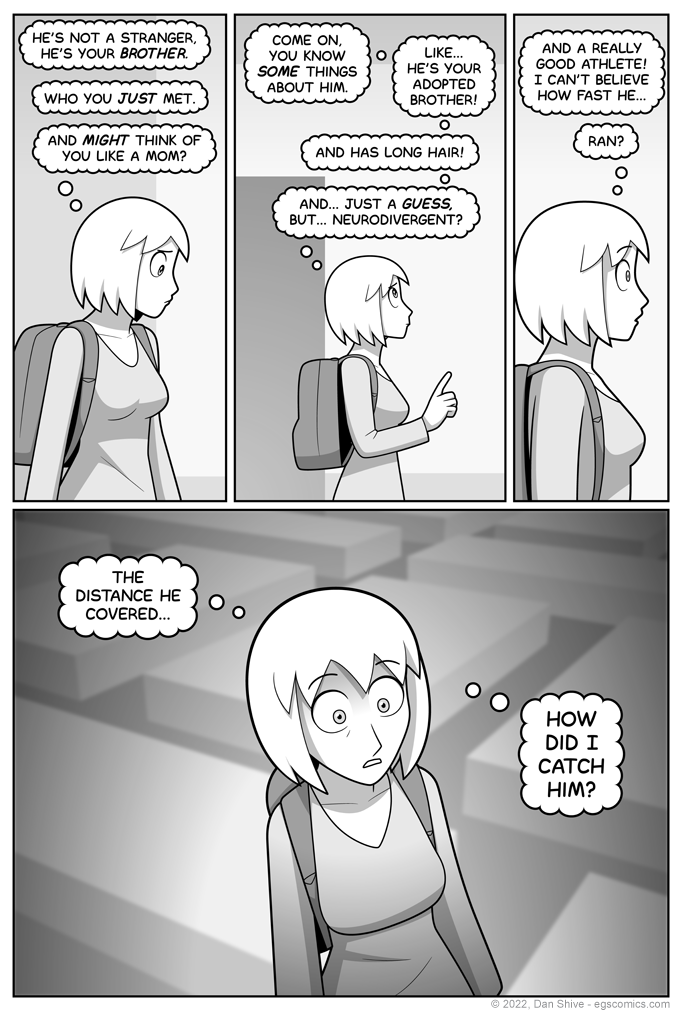 - The running of Noah

My understanding of neurodivergent is that it could refer to a lot of things. I tend to think of ADHD and/or autism when I hear it, but I don't think it's at all limited to those.g

Somehow, in the moment, Diane thought nothing of it. I've SORT of had moments like that?

Like, when you do something in the heat of the moment on reflex, you just sort of do it. It might not be until you think it through later that you start to question how, or why, you did that.

I say "sort of", because I don't have any examples that include achieving super speed to catch up with a magic seyunolu.

I'm not sure I'd miss that.