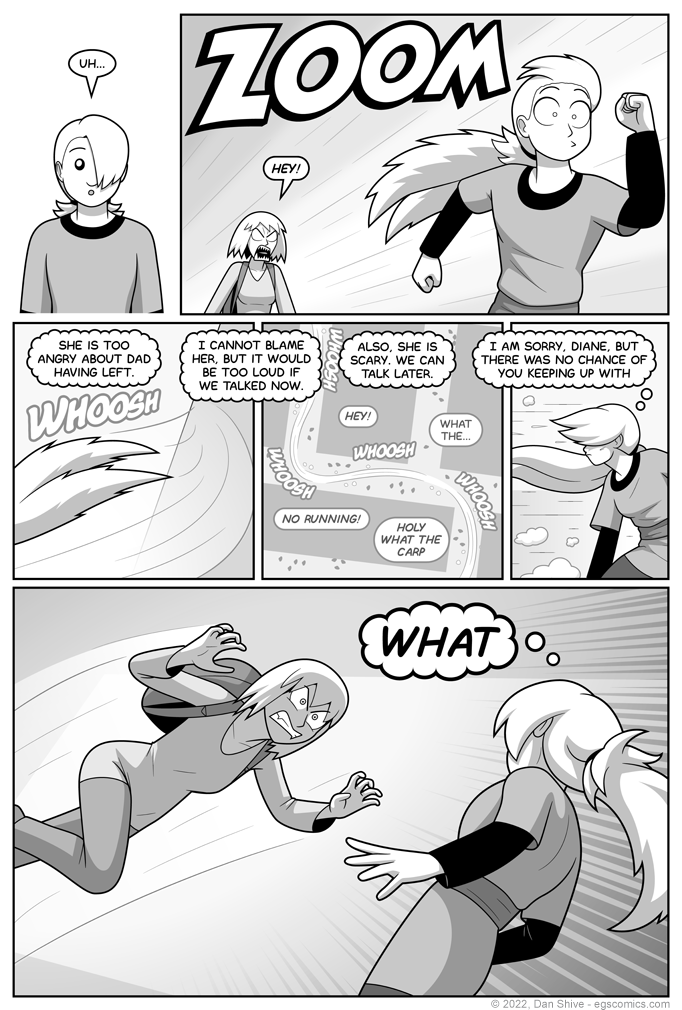 Should've gone with the card game.

For the record, that is a mighty leap in the last panel, not flying. My hope is the angle of the action lines made that clear, but just in case, mighty leap, and potentially saving people days of debate.

I considered a partial recap about Noah via narration. It would have been structured in a way that emphasized why Noah should definitely be able to get away from Diane, but it felt a bit like I was attacking the fourth wall with a sledgehammer, so Noah got to think stuff instead.