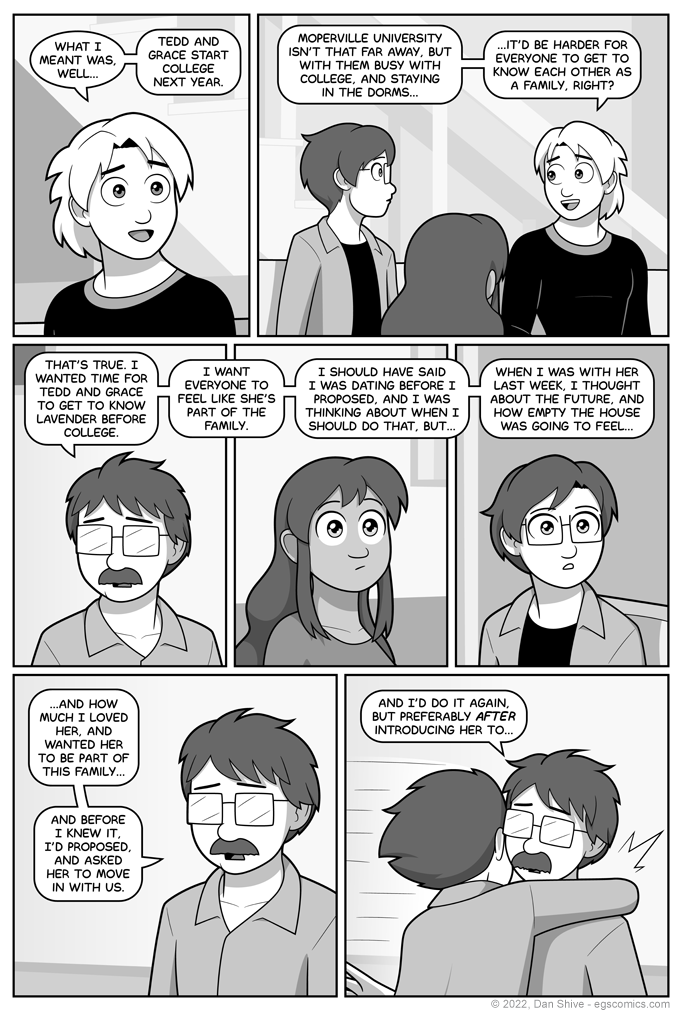 "Not telling your family you're dating, suddenly proposing, asking them to move in?! What kind of plan was that?!"

"It wasn't a plan. I did it on emotional impulse."

I think this is the first confirmation that they'll be staying in dorms, which I decided on mostly for story convenience reasons.

I mean, because it made absolute sense for the lore that each group of parents would see it as a rite of passage of sorts, want the house free, or the characters going to college themselves would want it.

Very, very convenient logic that makes it easy to have various combinations of characters interact at any given time.