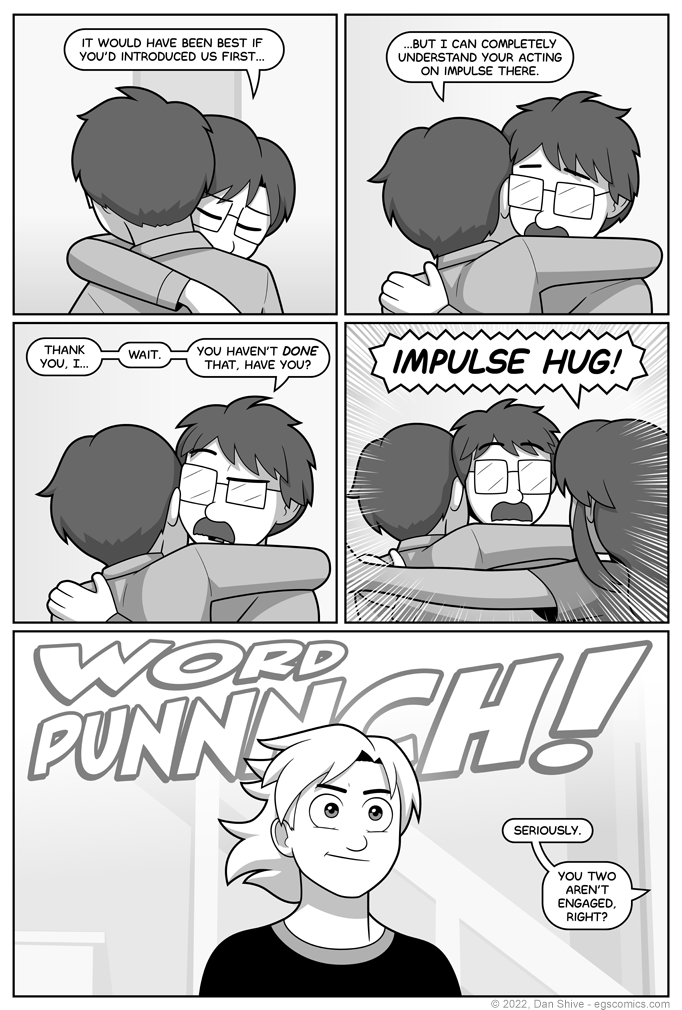 I seriously considered just establishing that Grace and Tedd were already married, but that seemed like a bit much.

I ALSO seriously considered ending the Balance arc on this note, but then I checked my notes, said "oh right", and decided NOT to do that.

The last three pages weren't originally planned, which is how I wound up needing to check just what the heck was left. Past me probably wouldn't have even had written notes, so, ah... Yay for more recent me trying to be more organized?

I'm glad this hug wound up being part of the story for several reasons. One reason is that it leaves us with a little less baggage going forward without completely resolving things.

Another is that it has Elliot throwing a word punch, which I'd originally not found a good place for in this arc. I had ideas, but the scenes I thought of would have been disconnected from everything else beyond the word punching.

Granted, I was originally thinking Elliot would either completely blunder his first attempt, or at least THINK he blundered it, but I'm now looking forward to an Elliot with perhaps a bit too much confidence in his word punches.

Anyway, I'm going to celebrate this page being done by rolling up a charismatic character in an RPG and throwing some word punches.