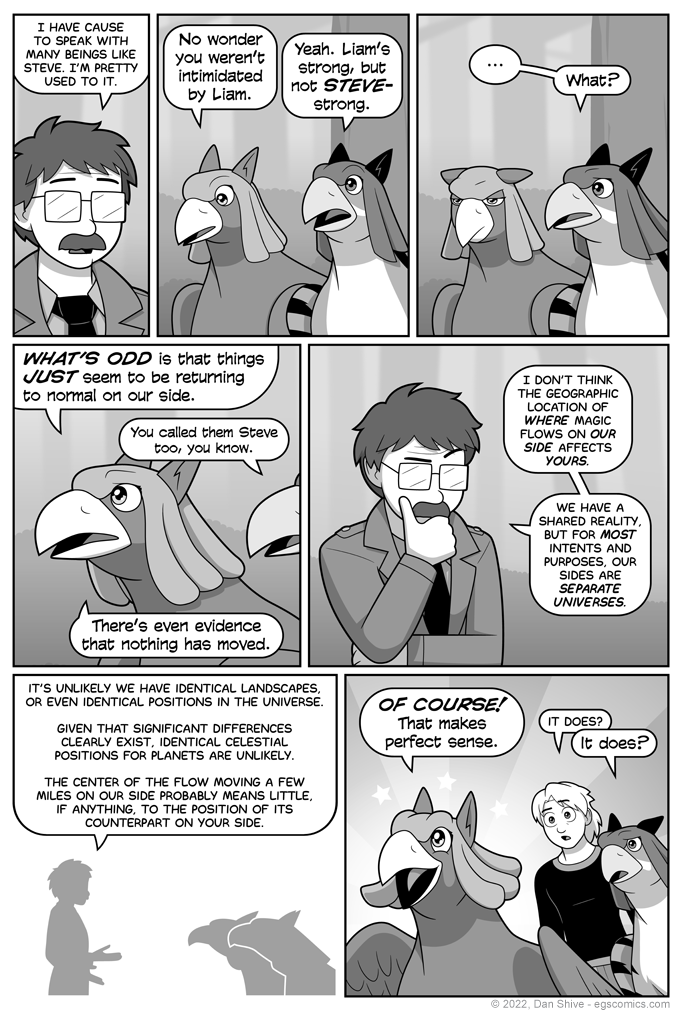 This is one of those technical details I wouldn't mind skipping over if I didn't think it would leave some readers really wondering about it, and I saw an excuse for Andrea to geek out, and for Tara and Elliot to be confused, so...

I went for it.

But yeah, given all the many x-factors in the universe, and how everything affects everything else with gravity, I really don't think everything would be positioned in exactly the same place in the universe. Whatever is connecting these things, it's not their XYZ coordinates.

Granted, I could have just claimed that it's relative to the planet, not the universe, and it would have made equal sense, but I also don't want the land masses to be identical, either, so may as well go with this.

Besides, it's literally just Mr. Verres's hypothesis. He COULD be wrong.