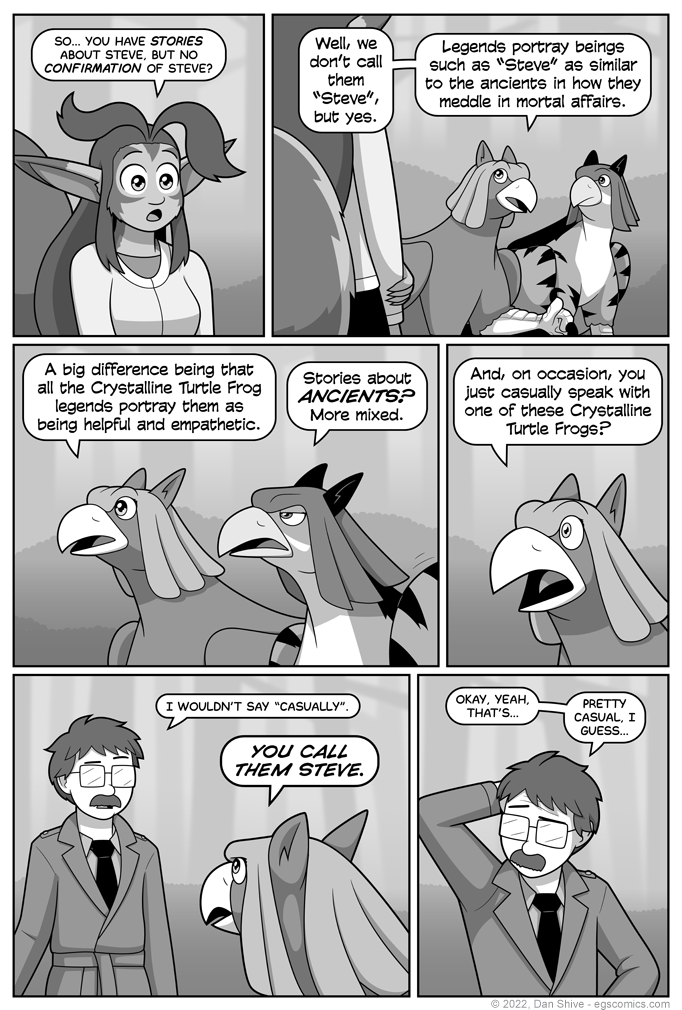 Beyond the already established "immortals", I'm sure meddling magical beings who could be regarded as deities won't be an issue going forward.

After all, Steve's been nothing but benevolent, and as we all know, one example makes a pattern.

I'm being told one means little, two is a coincidence, and three suggests a pattern?

Okay, well, I'm sure the next two beings similar to Steve, in that they're magic and meddling in mortal affairs, will be benevolent, and THEN we'll have an airtight pattern that cannot be denied!

Gosh darn it, just let me assume what I want to be true at all times, MATH.