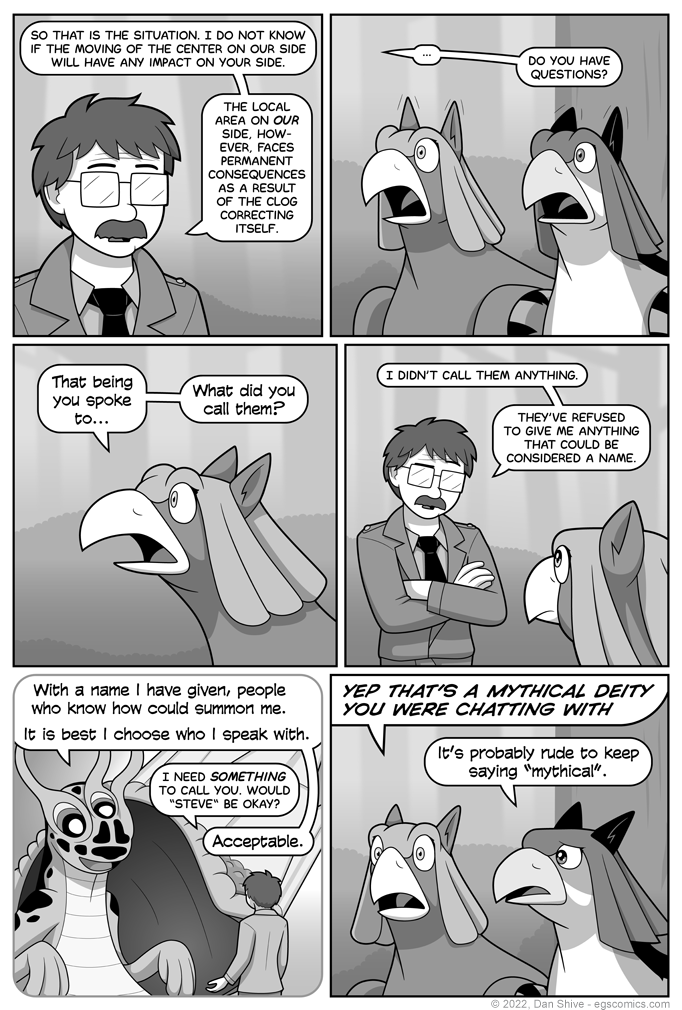 Basically, they've refused to give a name because they don't want to get calls. I can relate.

I considered more "mythic" names, but then I thought of good reasons to go with a common name.

One was that it was easy, but it's not the ONLY reason.

Presumably, Andrea and Tara have had their beaks open in shock since the moment Edward mentioned who he was talking to, and have been patiently waiting to close their beaks until Edward acknowledged their surprise in some way.

That, or it's just a funny visual, and I should really just relax.