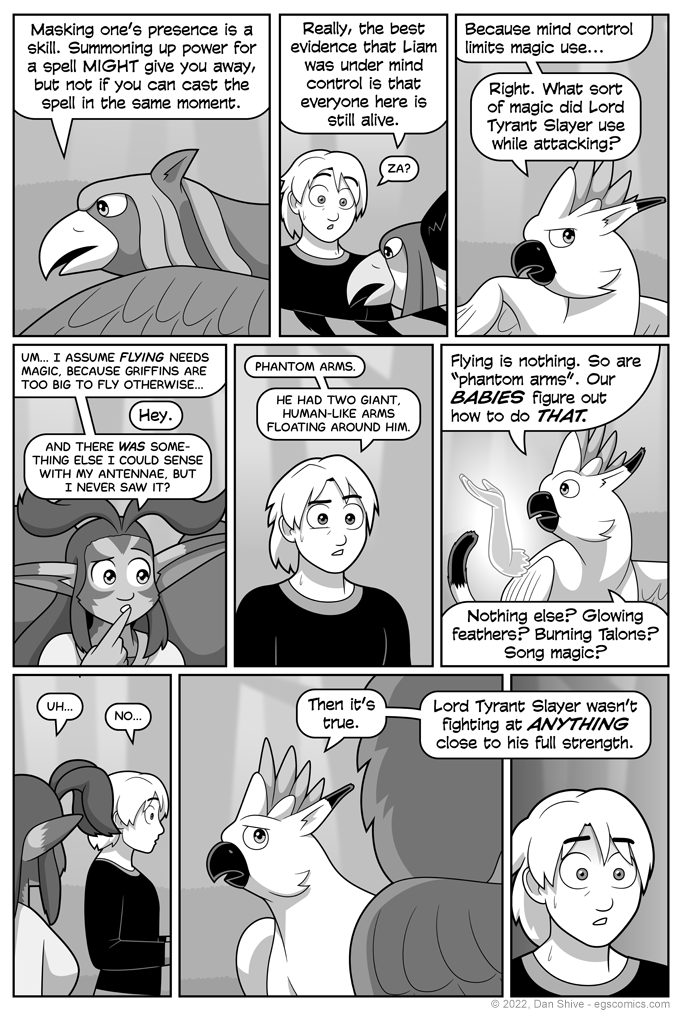 That moment when you didn't realize you had the difficulty set to easy.

I kept thinking of situations in which these intelligent magical being would really, really benefit from SOME equivalent to opposable thumbs, and I didn't want to give the griffins telekinesis.

So I gave them opposable thumbs. Sort of.

The arms can be positioned by any wing or forelimb shoulder, but they limit the use of whatever limb they're by. This is both a limitation that makes sense to me, and one that explains why they're not just sprouting magic limbs all the dang time.

They're also connected to them, even if it doesn't look like it, so they could be grabbed by one, which could have its own consequences.

After I decided on magic arms, it occurred to me that the chase was a natural time to make use of them, and that it might be weird if he didn't use them.

Granted, it could also be weird if he DID, given I'd had this moment planned, but I felt it made sense if the arms were so natural to griffins that the mind control wouldn't prevent it (griffins are quite magical, after all).