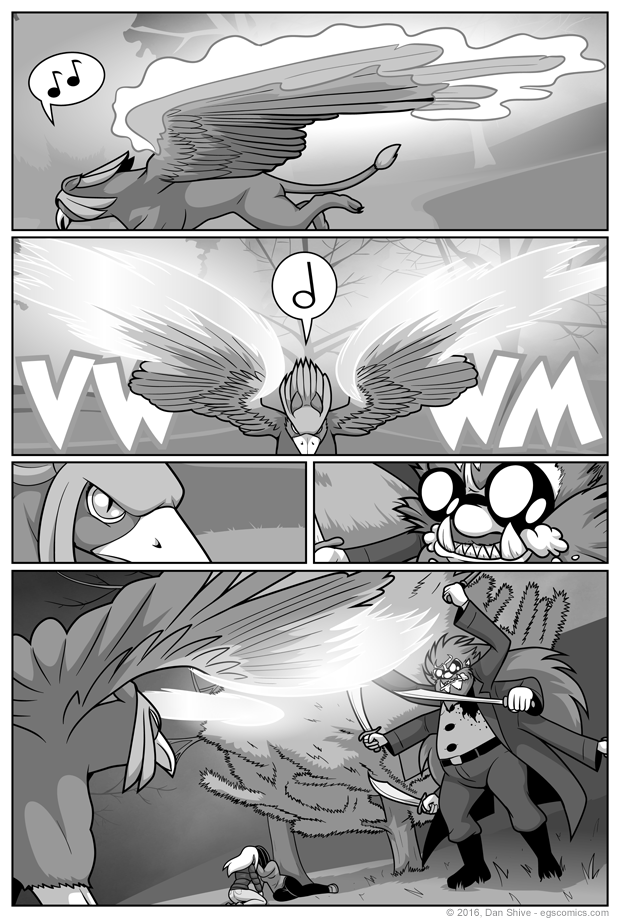 Were I skilled music writer, I would be more precise with the wordless singing Andrea is casting her spell with. I'm not, however, so general idea it is with two quick notes and a longer note it is! YAY!

OH! Oh oh oh! Here's something! Charlotte's hand is on her forehead in the last panel! She and Diane are not, I repeat, NOT kissing!

I guess that's sort of speaking for the comic, but I didn't notice it sorta looked like that was what was happening until it was too late, and I'd be darned if I wasn't going to leave that open to interpretation until Friday.

Then again, I strongly believe that anything not explicitly stated or shown in a work of fiction is open to interpretation regardless of authorial intent or commentary, so I guess it's not technically canon yet that they're not kissing, but... NEXT COMIC WILL CLARIFY, DARN IT.