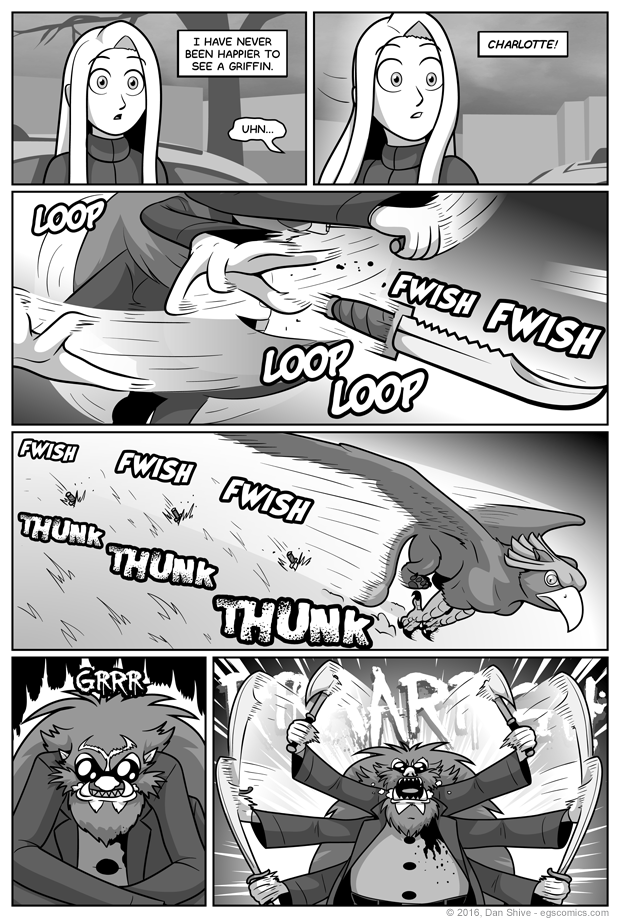 I wanted to do a better job conveying that this guy was spinning (or looping) in panel three than I think I did, but considering how out of my league I am relative to the fight scene I'm trying to pull off, I'll take it.

At which point I replied "why would I do this to myself?"

To which I naturally replied "you'd have to ask yourself that."

You win THIS round, ME.

Andrea's pose in this comic is based on a cat's run. There are many different stages of a cat's run I could have used as inspiration, but I considered it the most interesting looking one. In retrospect, it also helps make it clear that she's running and not flying. I'm going to claim that was on purpose.

EGS:NP asap NOW (or sometime prior to you reading this)