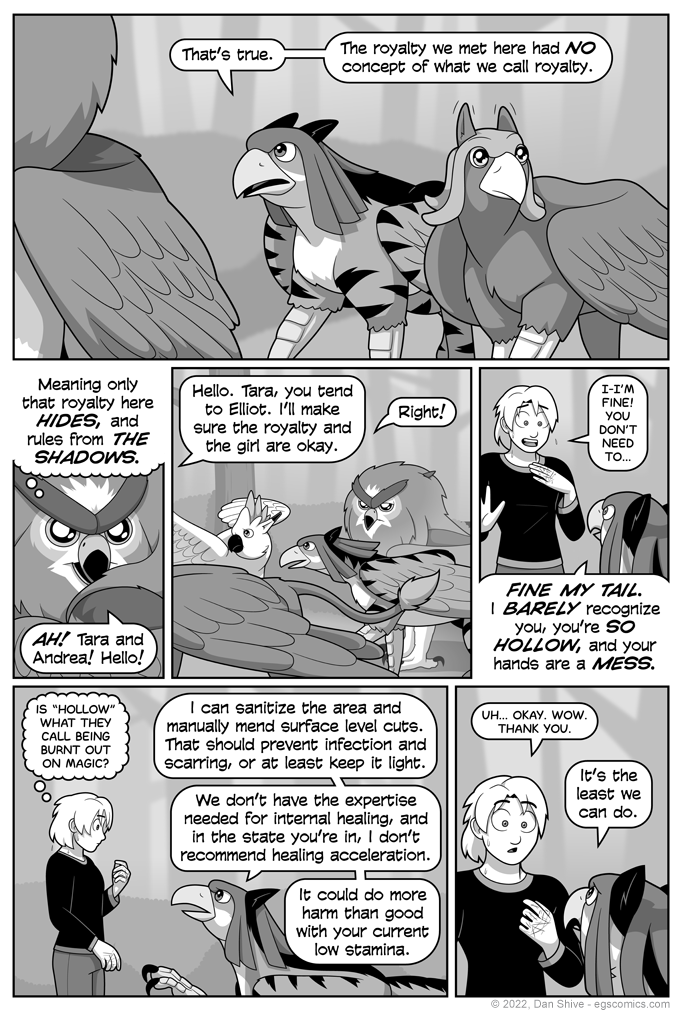 Some beings in EGS have perceptions of others beyond the physical. It's why Andrea had no trouble identifying Elliot regardless of how he was transformed when they were first introduced.

Given that was the case, I felt it would make sense that Elliot would be less recognizable to them while burnt out. Not entirely unrecognizable, but being burnt out is actually more of a disguise than a transformation would be if dealing with griffins.

This is one reason why I felt it important that Liam overhear Grace talk about Elliot fighting him. Had he not heard that, Liam would have needed an explanation as to who Elliot even was, and where the angry woman in black had gone.

Granted, that explanation could have easily been given, but there's already so much to get through without explaining Cheerleadra to the giant fluffy owl-lion griffin.

I originally wrote Elliot asking out loud about being "hollow", but I also wanted a large panel for Tara and Andrea's arrival. In short, there was no gosh darn room for that bit of conversation.

Fortunately, with the power of Elliot's MIND BRAIN, there was room enough to imply that was the case, and it can be taken as given that it's accurate.