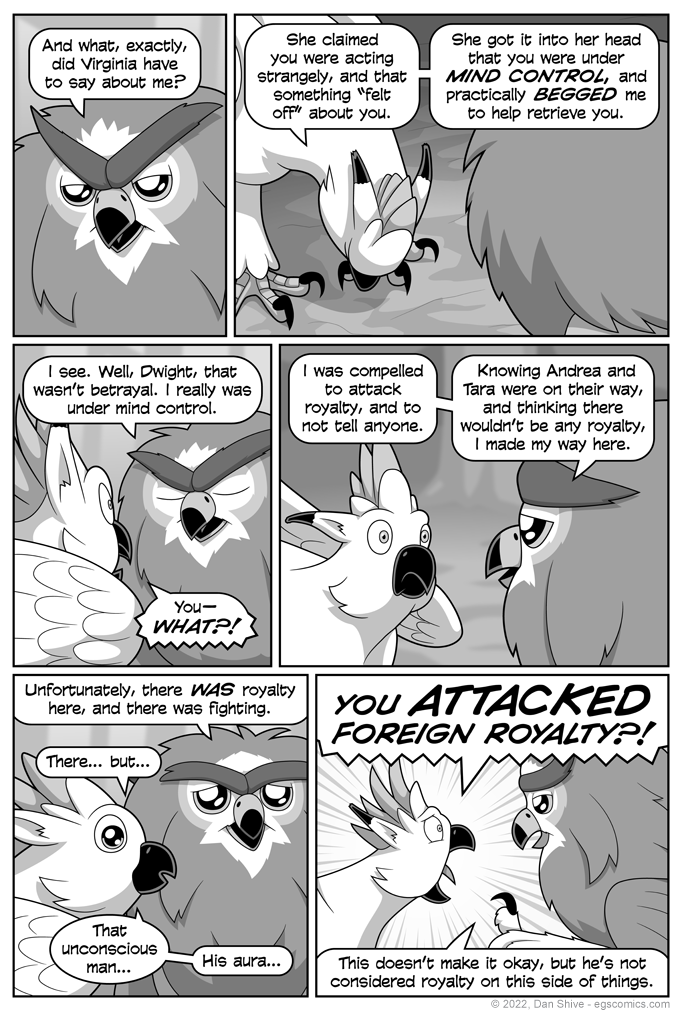 If Liam's explanation needs to be said again, it will be via "and so it was explained again" narration. I wanted to actually have it on this page so we could see what exactly Liam told Dwight, and Dwight's reaction to it.

This page also has what I consider an odd mix of griffin gestures. To me, griffin bowing makes sense. It's a thing they can reasonably and naturally do as a form of expression, and it's not always convenient to swing wings around just to express something.

Meanwhile, a raised finger (toe?) is a bit of an odd gesture for them to make. It could put them off-balance, and it doesn't really make any sense given the configuration of their feet. If a griffin is raising a finger, it's probably because something comical is afoot.

THAT SAID, I have an in-universe explanation. There are other species on their world for which such a gesture is natural. It's not something that would have developed if it were just griffins, but the influence of other species has resulted in occasional mimicked gestures that look odd when intelligent quadrupeds do them with their normal hands / feet.

I also think that should work in the opposite direction, so it'll be interesting sorting THAT out at some point.