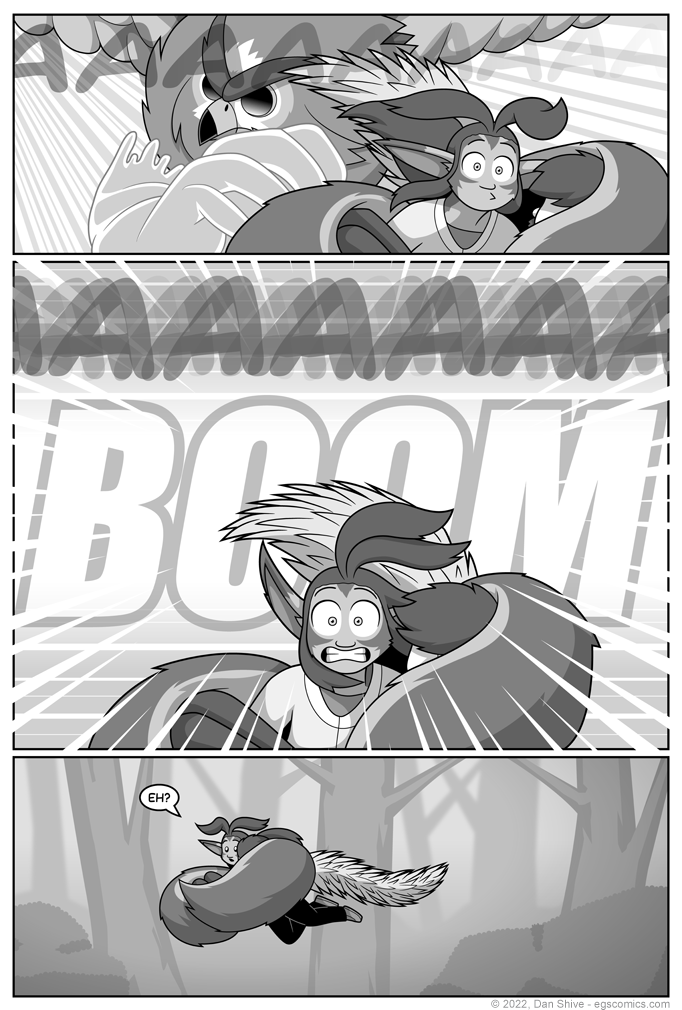 I don't like doing three panel story comic pages, but sometimes, I need the room!

It was important to me that Elliot be the reason why the owl griffin did not manage to grab Grace's tail. Given what happens in panel two, however, it might have been bad if the hand was still overlapping the tail.

Hence the yelling causing the griffin to turn a bit, because FUN FACT!

The arms might be floating, magical, and size changing, but they're still connected to, and affected by, movement of the griffin's chest. Imagine invisible shoulders that are actually stuck to the griffin. They're nifty, but come with a lot of limitations on top of being instead of, and not in addition to, his physical arms.

Granted, yelling would have happened anyway because of things that are happening. It's just also why this page didn't begin with Grace's tail getting grabbed.