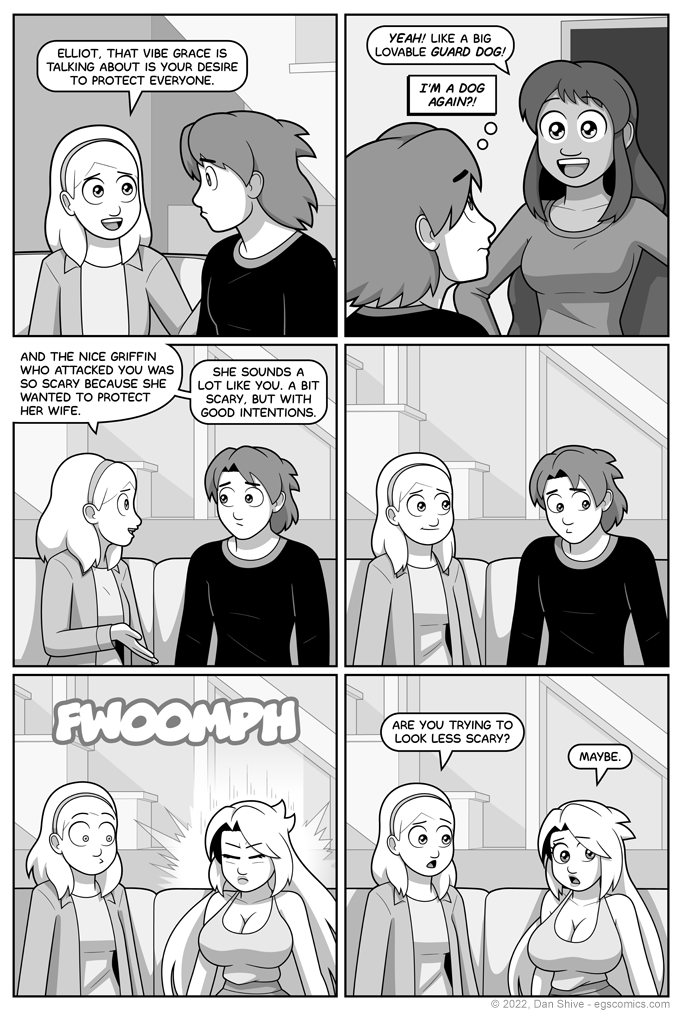 Short of a rewrite, there's one page left in Part 6, and then there's going to be a short break while I finalize all the details of Part 7, because wow. Part 7.

As for THIS page, bless Sarah and Grace for trying.

I really like Elliot's response to this. It's one of those moments I find relatable, and reflects feelings Elliot and I have in common.

I actually would have chosen a less curvy form for this moment if one of the same height had been established, but none had, so this form returns. I suppose I could have gone with a new form, but I feel like it would be weird if Elliot assumed a newly thought of form at the speed of "fwoomph", and I wanted fwoomph-speed. Fwoomph-speed transformation with Elliot requires a previously used form, darn it!

Also, I am not a nerd who's overly concerned with trivial technical details how dare you.