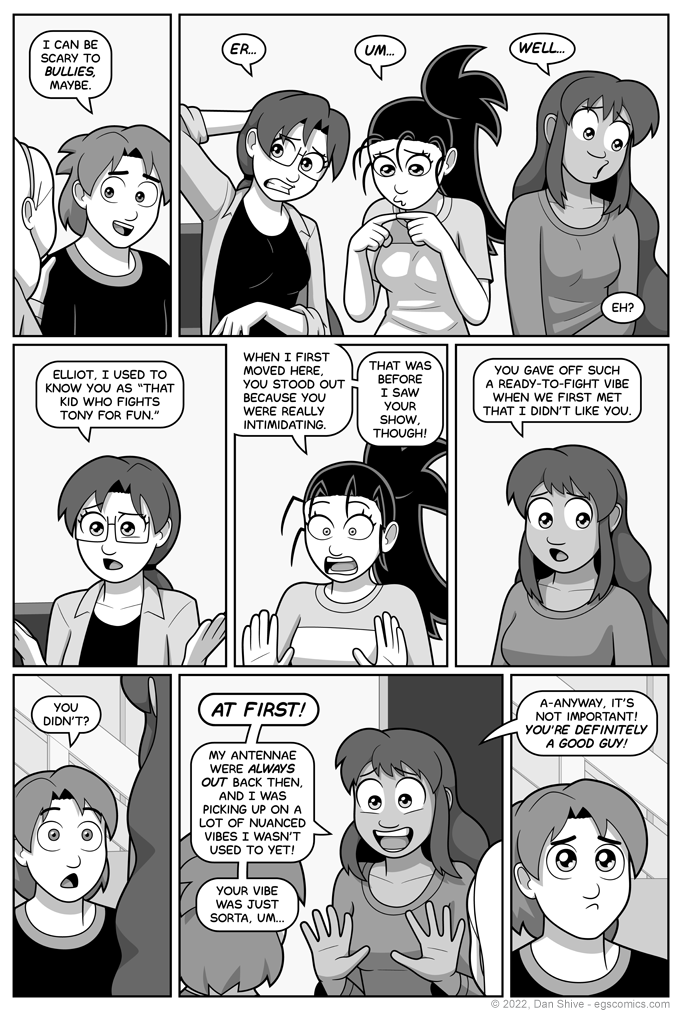 This isn't a retcon. At least, most of it isn't? I'm not sure when I decided Grace had additional senses about people with her antennae. I might have had it in mind then, I might not have. I'm genuinely not sure.

It was relatively early on, in any case. 2004 at the absolute latest.

What I definitely had in mind at first, however, was that Grace didn't immediately like Elliot, and that she didn't like the idea of him being with HER SARAH--I mean, Sarah, at first.

She got over this really quickly, though. 2002 me just dropped the idea, but 2022 me over here has concluded that Grace quickly started to reassess her opinion after getting a better idea just how close Tedd and Elliot were. This would have included thinking over exactly what Elliot's vibe was.