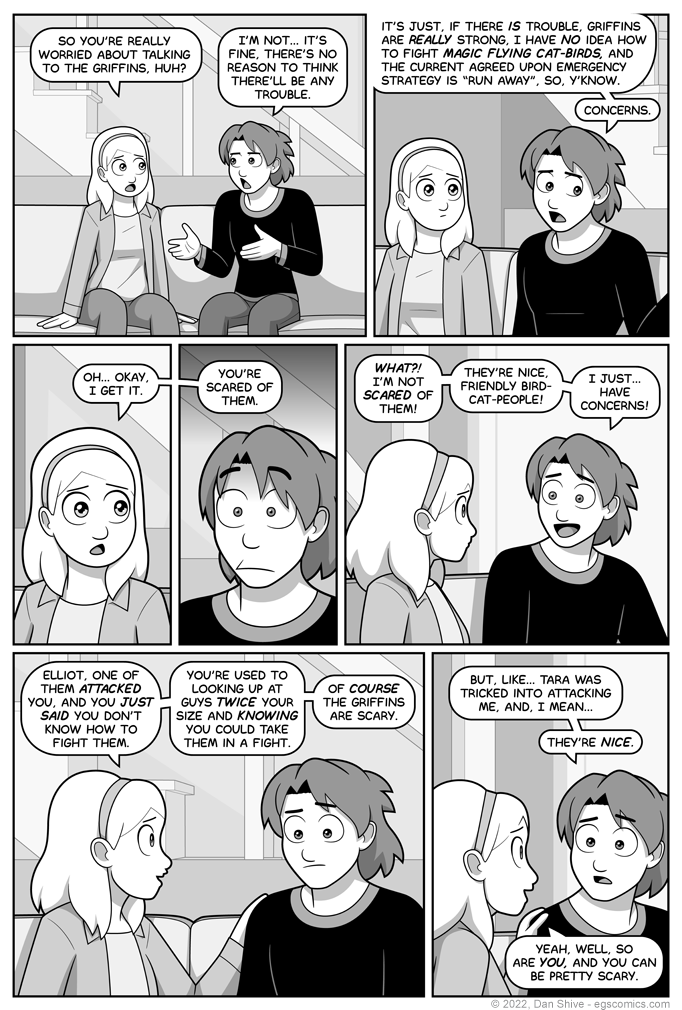 Finally! The mystery solved of why Elliot is so worried about friendly griffins!

Because cat-birds that can utterly destroy you and were once aggressive towards you are quite scary, actually!

Wait, that seems rather straightforward.

TO BE FAIR, Elliot is a comic protagonist who knows martial arts, and the expectation can easily be for him to not be afraid of anything when it comes to fighting. When it comes to things not related to fighting, it'd be almost weird if he wasn't afraid of a bunch of things, but fighting? That's just a challenge!

More realistically, however, how do you counter a gravity-defying tiger that is also an eagle and/or hawk? Martial arts aren't just "kick and punch the opponent". It's "use their own kicks and punches to kick and punch them".

There isn't a handy-dandy way to redirect a tiger's claw strike and flip them on their backs, and that's just with gravity-compliant tigers.

I enjoy Sarah being the one to point this out. Elliot's history with Tedd comes up more, but Sarah has known Elliot the longest, and it's possible she knows one or two things about him.