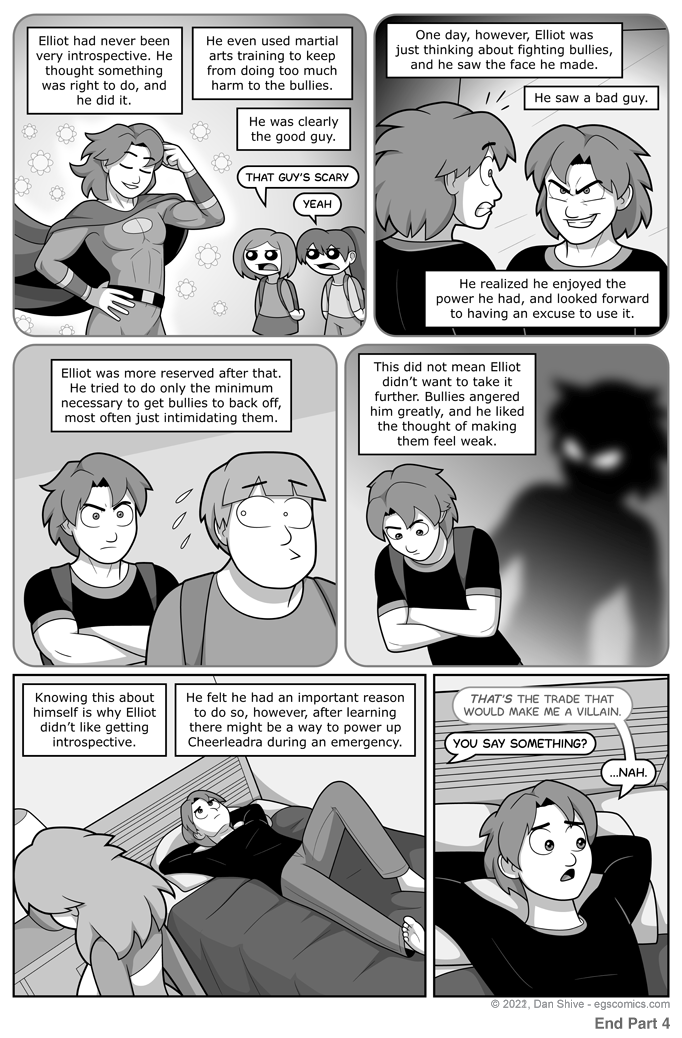 Shockingly, the guy who ran in to fight bullies with, well, THAT look on his face wasn't universally seen as the hero of the land.

In spite of being a flashback story, I drew panel one Elliot as I would draw him in the present, just with longer hair.

Because that's what I wanted to do, and it's a fantasy panel anyway.

As for his critics, I wanted to draw them like that, and I went for it.

Basically, panel one is a whole lot of "I draw what I want."

Also, what exactly Elliot's referring to is meant to be vague. I figure I should just go ahead and point that out.