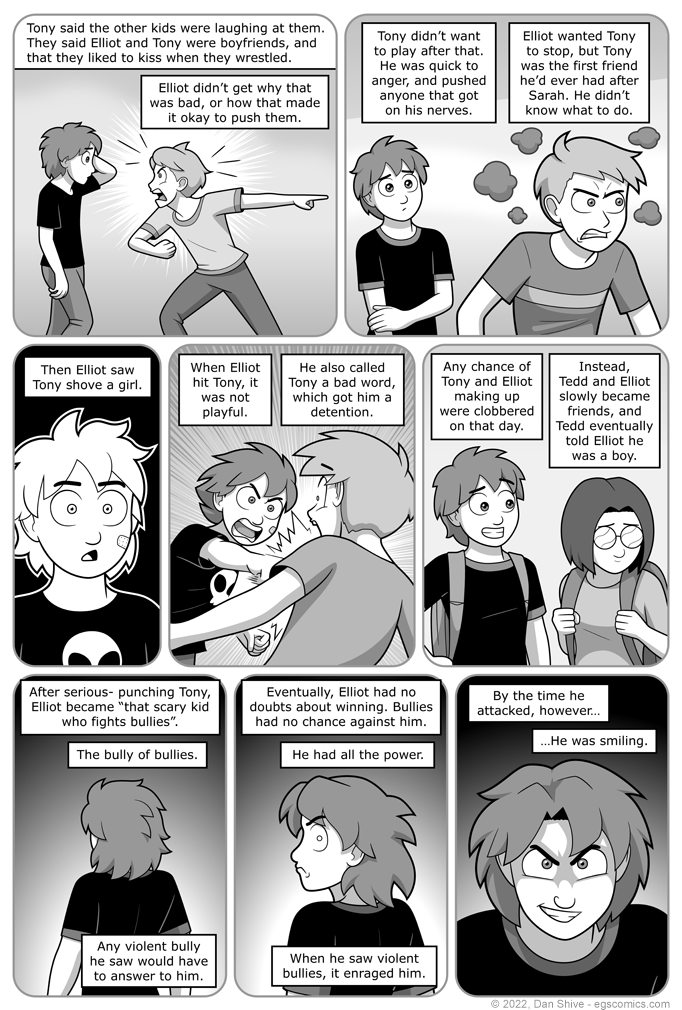 This page originally had fewer specifics in it, like what exactly Tony got mad about, but after Monday's shock of "I set this up eight years ago?!", I decided NO.

On the plus side, Tony Elliot's second friend ever with Sarah the first confirmed canon. Woot.

Back in 2002, I thought drawing Tedd without a mouth was a cool stylistic choice. I decided to pay homage to that, and Tedd's early shyness, by making Tedd's smile very small in panel five.

I'm not sure how long it took Tedd to tell Elliot. Given Tedd's shyness and barely talking at the time, and the awkwardness they would have felt about it, it might have taken a while.