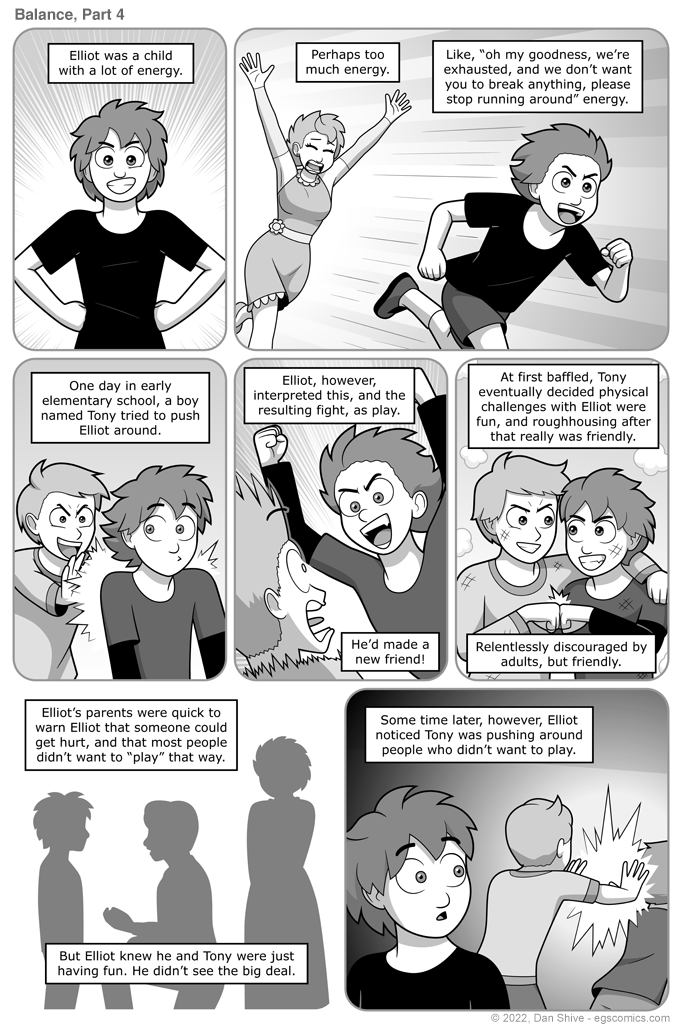 - "You used to be friends with him"

ARE YOU KIDDING ME?!

This isn't a bit. I legit didn't think it was that long ago. This was the friendship I had in mind for Tony and Elliot way back when Tony's friend said they used to be friends in EARLY 2014.

You don't do that. Lucky for Tony, Elliot misread the situation, and they became friends for a time.

Incidentally, unless canon defies this later, this would make Tony Elliot's second ever friend (his first would be Sarah. This was a result of their parents being friends, and them basically saying "we're hanging out. You're friends now. Deal with it," and that working out okay).