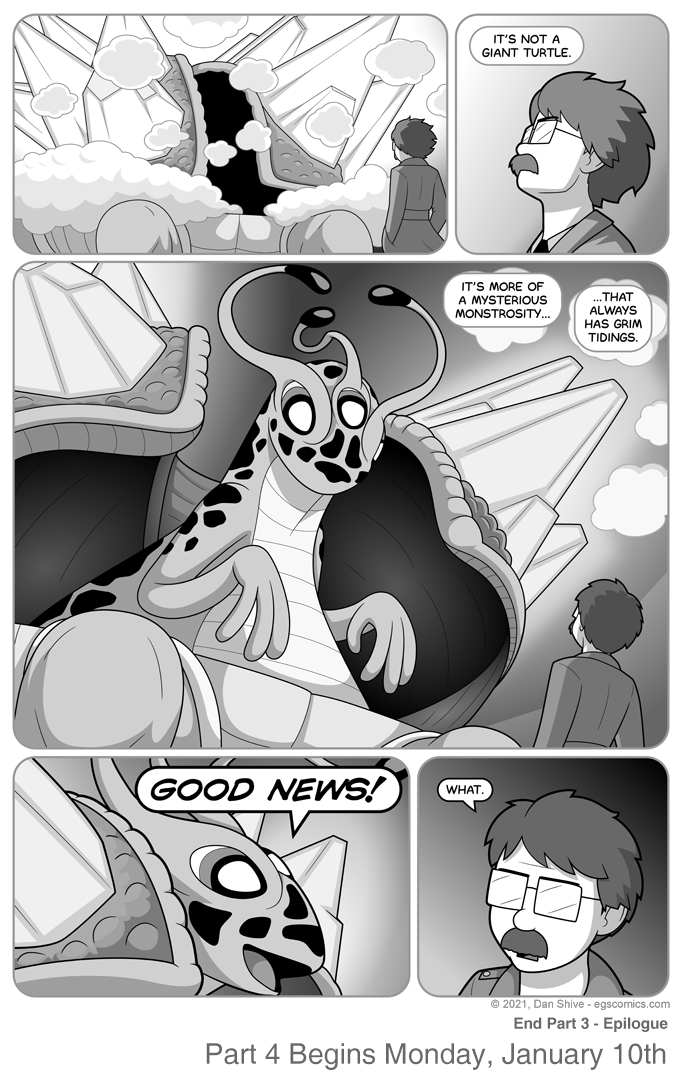 Reminder again that this creature exists because I needed Edward out of a room.

Something I eventually realized was that what I wanted this being to tell Mr. Verres wasn't grim tidings at all. I decided this meant I got to subvert expectations, so this wasn't a problem, but there was a time when I was trying to figure out how to put a negative spin on it.

As for what the "good news" actually is, we'll know before this arc's end.

My apologies for the last second decision to start Part 4 on January 10th. Had I realized that was the plan earlier, I would have been saying it since last week.

And when I say "last second decision", it's almost literal. I was getting this page ready to share when I thought "wait a minute. Have I actually settled on what I'm doing with Part 4?"

When my brain sheepishly answered "no", I decided that, yes, I need the week to sort this out.

My apologies again for not figuring this out sooner. I have no one to blame but myself.

Granted, I'm still going to place all the blame on Christmas and the holidays, and nobody will realize the deception, but I'll know the truth.