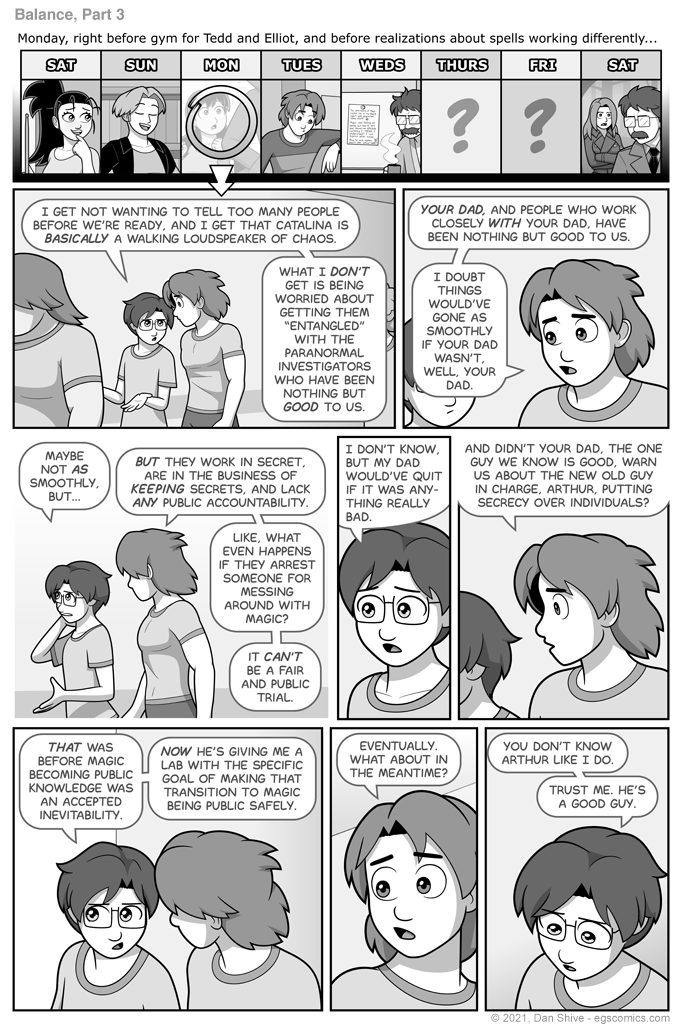 - Discussing the lab during the party (first Saturday in the timeline, btw)

I was also going to point out the exact moment in which Tedd's dad gave that warning about Arthur, but now I'm not sure that was ever actually on-panel, because it didn't happen where I thought it did.

Anyway, Tedd thinks Arthur is a good guy! But why? Other than the obvious "dude's given Tedd a lab" answer, I mean.

Questions for Part 27, presumably. Part 3 is all about the deal with Elliot's undersized gym shirt.

- EGSNP after last one down here

- Most recent EGSNP as of this page