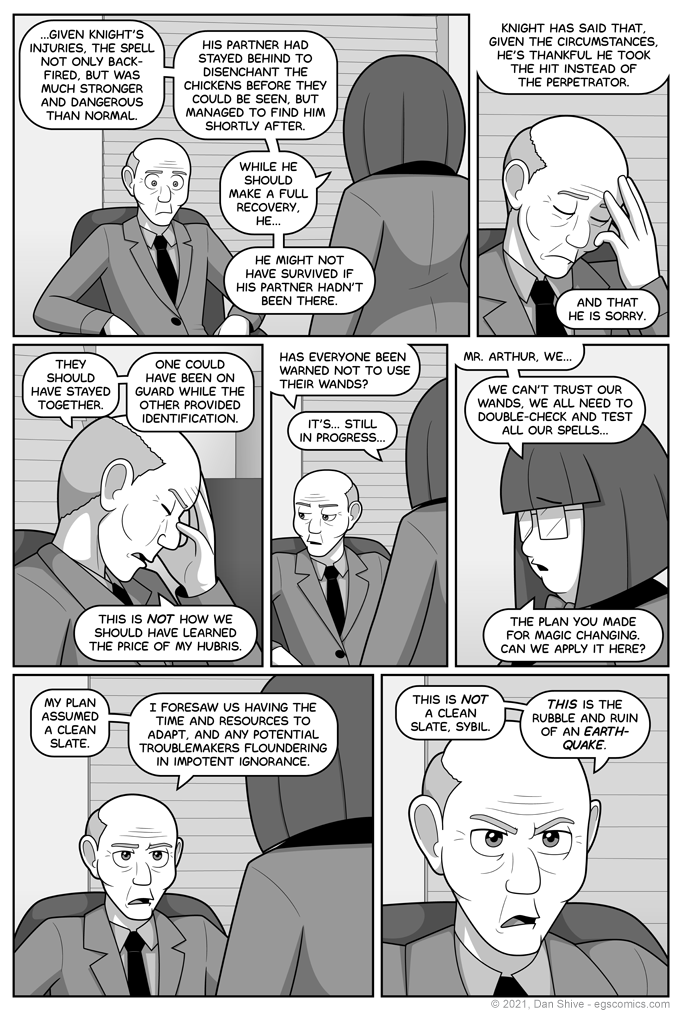 Agent Knight owes his predicted recovery to the general tone of this comic, and the fact that I intend to explore his character further at some point in the future. I do not consider this much of a spoiler, for I am notoriously bad at coming up with names, and would have been unlikely to bother doing so if we could not expect his return.

Which is not to suggest I would have taken glee in his demise. It's just that if anything was going to drive home how serious the situation is, that would have pretty much done the trick, narratively speaking. Given that we shall soon be returning to the characters of Tedd and others, however, it would have done the trick at some cost to the feel of the story going forward.

I can only hope, therefore, that the point has been adequately stressed regardless.

It was with much restraint that I did not point out his partner's proximity in the previous commentary. I had wanted to, for it was another reason why he should have been willing to take things more slowly, and something he himself could have brought up in the course of deescalating the situation.