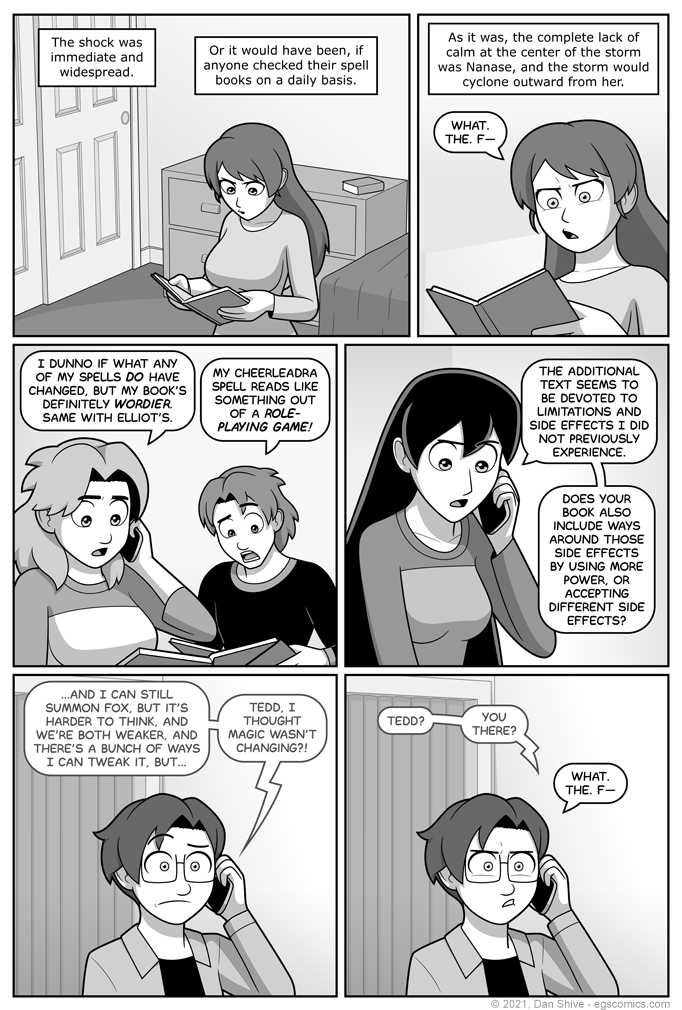 One person's nerf is another person's opportunity to have spells do more stuff.

We have several questions

A common thing with EGS has been to have Question And Answer segments between story arcs. These have often been intended to give me time to plan ahead, and experiment with comic production techniques.

The former intent usually didn't work that well. Shockingly, thought is involved in making Q&As, and my mind was not nearly as blissfully free to plan ahead as intended.

Experimenting with comic production tended to go well, except I recently just did that mid-storyline. I had reached a sort of breaking point production-wise, and had to do something (fortunately, that something ultimately got good results in my opinion).

Putting those two things aside, however, there was another reason I didn't have a Q&A between the party story arc and this story arc. Towards the end of the party, I asserted that there was no point in having a Q&A (with actual correct answers) prior to this story arc.

As of this page, it might not be that difficult to guess one reason why I said that.