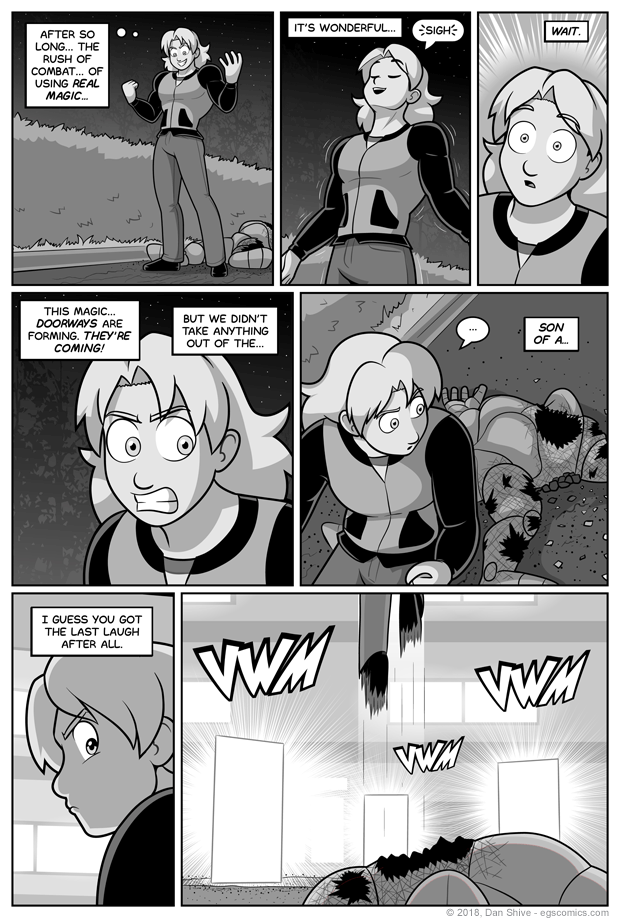 I know for a fact that at least one person knew the uteronc (technically an artifact) going out the window would have this effect, so at least one cookie shall optionally be eaten this day.

I considered having it take longer for others to show up, and to allow Magus a chance to at least briefly speak with one person in particular. This would have resulted in the title of this part of the commentary being "Good Dan".

Then I considered how long it would logically take them to show up, how good / satisfying that brief talking would actually be, and the long term character consequences of having things happen this way.

Super nerdy clarification I hope to at least imply in-comic later, but just in case editing eats it: Magus expected goons might be on their way by now, but via more mundane means. These "doors" only work here if the alarm's been triggered.