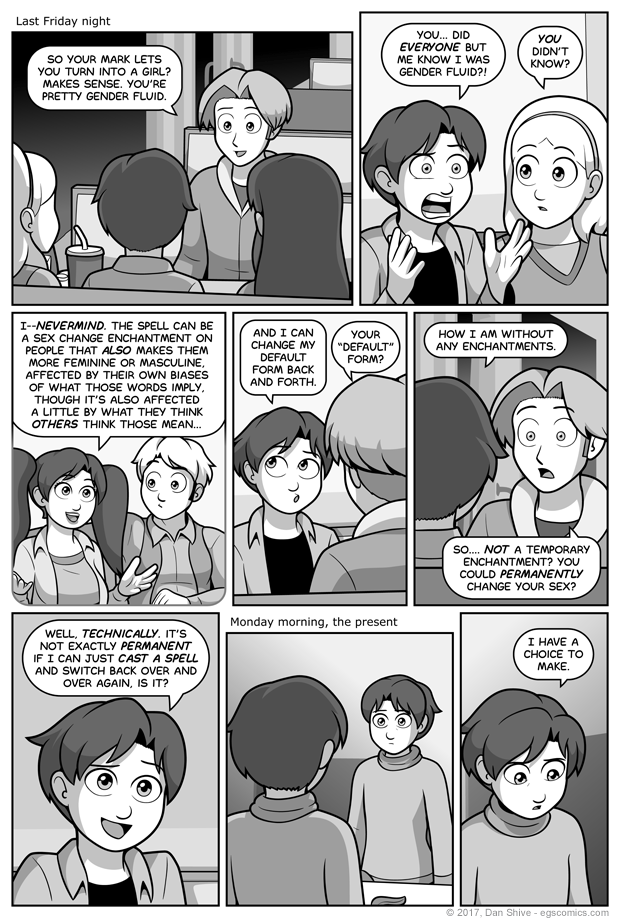 I'd say this counts as a Friday comic.

I wanted Tedd's spell to be individualized in such a way that people with different biases about gender roles would be affected differently by it, but I also wanted to guarantee that there'd be some changes in that regard even with someone who rejected the very notion of anything being specifically masculine or feminine.

So basically, the more feminine / masculine boost part will apply to pretty much anyone, but the effects would be far more dramatic with some people than others, and what exactly those effects would be could differ somewhat.