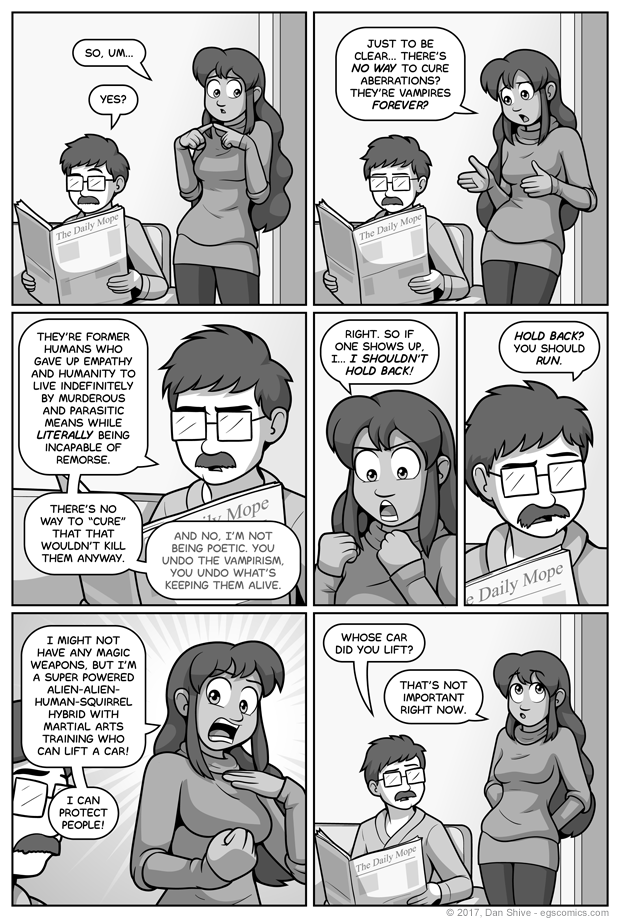 And now, an epic tale:

The time had come to draw Grace, and I began sketching a sweater dress on her that Grace had worn many times before. "Mayhaps she should be adorned with something different," I said quite naturally to the beautiful college professor who was obviously real and hanging out with me. I decided to search for inspiration.

After many trials, tribulations, and tea breaks, I found inspiration for a different sweater dress. The children of the village were sad to see me depart after the previous day's daring rescue of them from the dreaded dire aardvark, but I had found what I was seeking, and the time had come to return home and draw something sort of like it, but not really.

Shortly after, I stumbled upon another crisis. I realized that Grace would look extra smashing in this sweater dress with wavier hair, but how could I possibly justify such a sudden change? Every day hair styline products? Absurd. Grace's shapeshifting powers? Inconceivable.

And then, the answer came to me: A wizard did it.

The solution finally bubbling upon my brain with the ferocity of a grilled egg, I drew Grace's hair as wavy as I pleased, and I knew the taste of victory. And eggs. That metaphor made me hungry.