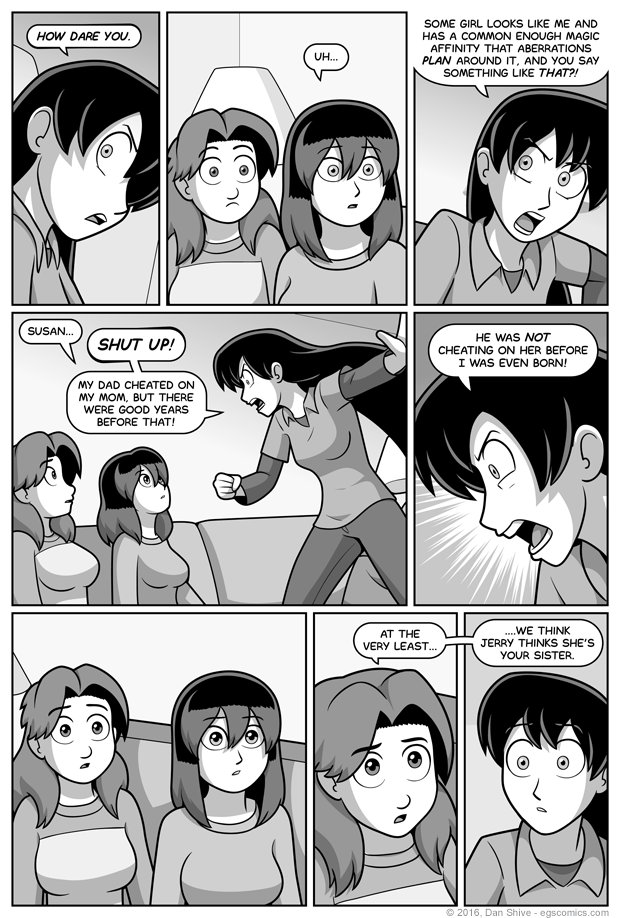 - No punch for you!
- "The busybody" talk
- Nanase concludes the busybody was "new" Jerry

"Why didn't they just open with that?" <- Asked by approximately seven billion people.

For one thing, that "think" part. We know with certainty that "new Jerry" thinks Susan and Diane are sisters, but for Ellen and Nanase, it's a deduction. It's not as simple as just "new Jerry confirmed it", and it's a bit convoluted to explain.

Everything else came out more naturally, and Susan bringing up the matter of twins first sort of threw a wrench into things.

All that said, yeah, PROBABLY should have found a way to bring up Jerry before the half-sister suggestion, there, Nanase...