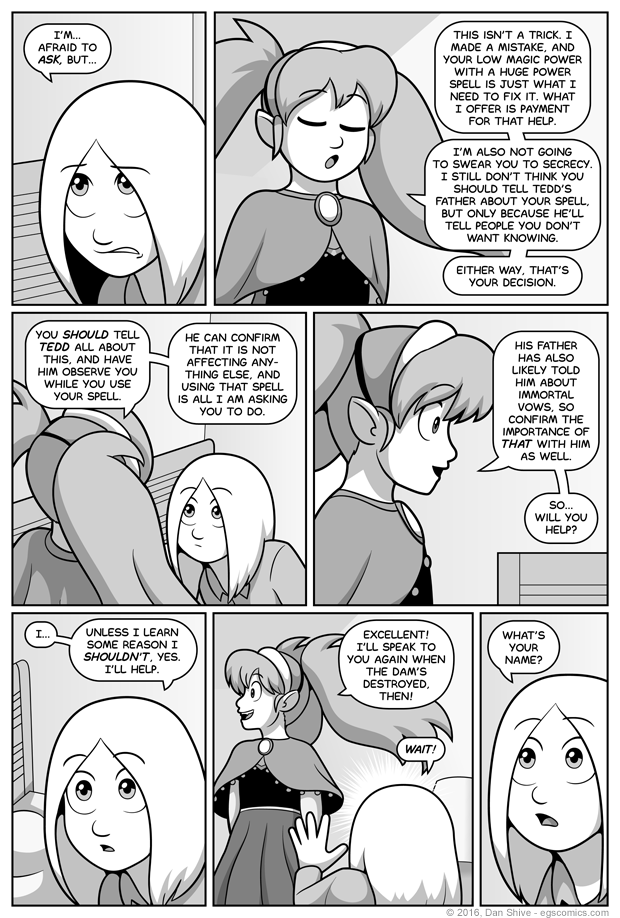 - Having Tedd take a look

- "Every ability your friends have are on file somewhere" (you see how much I'm referencing Question Mark?!)

Like when I named my Fallout 4 survival melee character Hammer knowing full well that my robot butler would actually call me hammer, then realizing upon being called "Mr. Hammer" that I was reminded of MC Hammer, and suddenly wondering if I was playing as an alternate universe descendent of MC Hammer, but then deciding he just really likes sledge hammers and made sure his robot was aware of this fact? That's the power of names.

Also, I guess names have some sort of mystical power in some beliefs and fiction or whatever. No evidence so far of that applying in EGS, but that video game character naming scenario could totally happen.