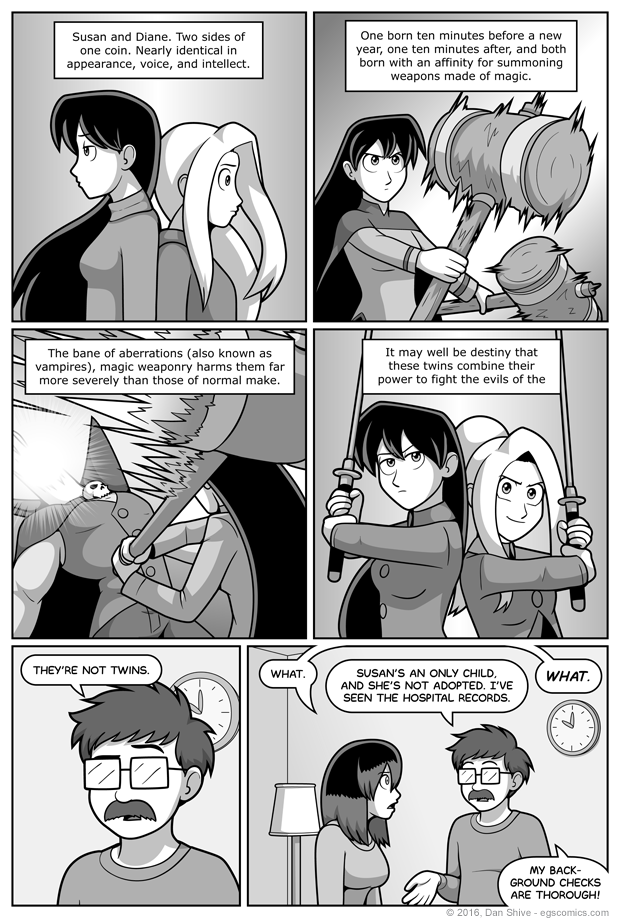 - The start of suspecting Diane and Susan are sisters

This is the start of Part 3 - Reply Hazy. It references a response from Magic 8-Balls, and most assuredly implies we will know exactly what, if any, relation Susan has to Diane before it's over.

I had originally planned to be even more abrupt with the information in panel five, by which I mean it was originally going to be in panel one. This would have then been followed by Nanase unleashing a less efficient recap of the first four panels. This would not have included various neat outfits, magic hammers, vampires getting their heads knocked off, katanas, or even a single visual of Susan or Diane.

I'm fairly certain I went with the better option.

Granted, I have no idea who, if anyone, narrating those first four panels. If anyone asks, let's say it's somehow George.