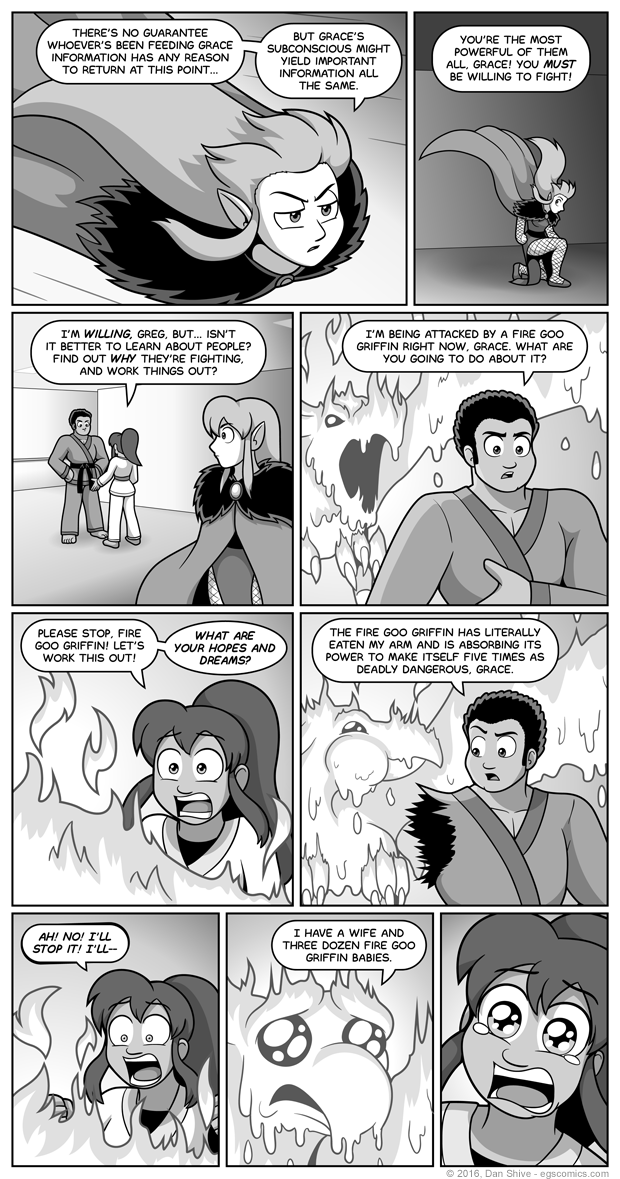 You heard it here first, folks: Greg's right arm alone has at least five times the power of a fire goo griffin. I drew that panel as cartoonishly as I could, but I still find it all sorts of disturbing.

As mentioned in the previous comic commentary, the scripts I've written for this arc have been in actual script format, meaning I'm not 100% sure what their panel layout is going to be until I get to them. When I got to this comic, I found myself concluding that I needed nine panels for it to work as an update, and tried to fit all nine into a single page.

A little while after trying to get that to work, I decided strictly adhering to pages for the updates was an unecessary hindrance, and that comics should be whatever size they need to be to work as updates.

I've done this before, but I found it ultimately didn't work well for me when I was writing the scripts as I went. The way I'm doing things now, it makes a lot more sense. It also means there'll be updates (like the next one) that will be smaller, which I can use to my advantage production wise.