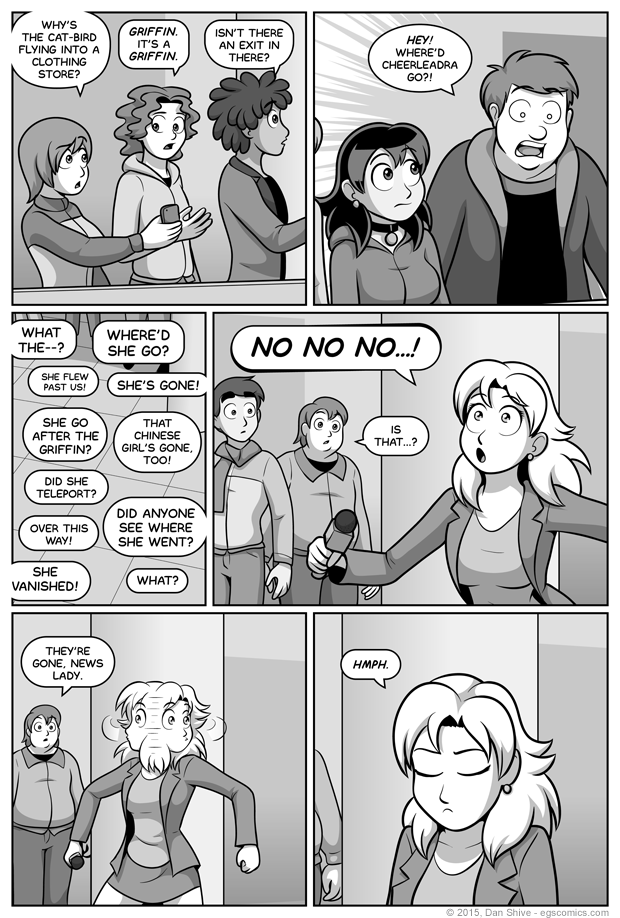 This comic was posted fairly late, though there will still be a Friday comic this week. There might be a "no, really, there was a Wednesday comic you should read it" note above it, but there'll be one.

Presumably, given the events of the canon EGS:NP story, Question Mark, Carol was called away from dinner with her family as a result of these events. Darn insensitive immortals, not caring what the timing of their manipulations might well interrupt.

Granted, that's something I'm going to have to make sure to clarify later. It's been established through the course of the story that this date takes place the night after the card tournament, which is the same day as Question Mark, but there's a lot to keep track of, darn it. Especially at update pacing. It's unreasonable of me to assume everyone's aware of that.

Granted, I'm saying it plain as day here, but it's also unreasonable of me to assume everyone reads these commentaries. Not everyone likes peaking behind the scenes.