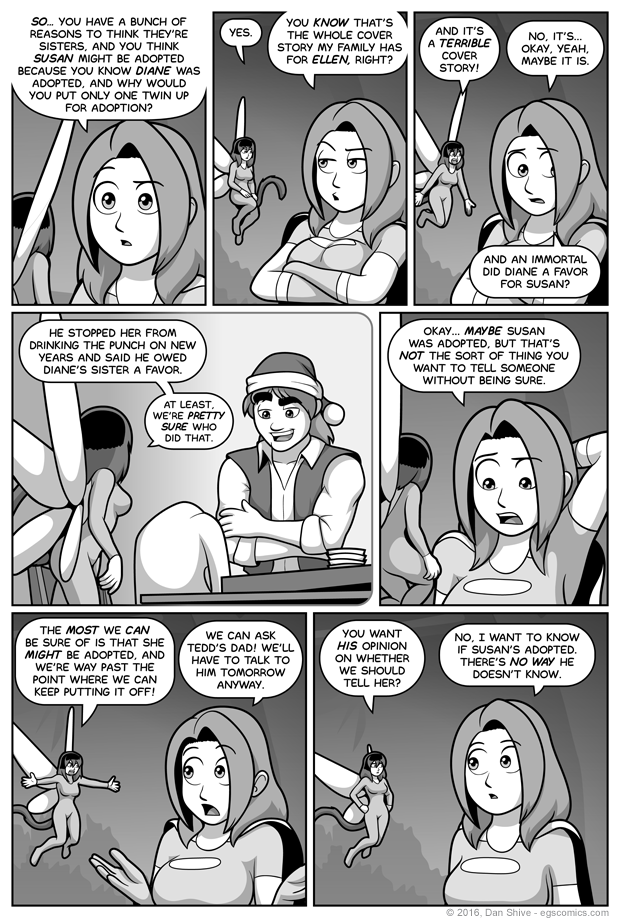 - Diane kept from drinking the punch
- Nanase concludes "the busybody" was Jerry 2.0

1 - Diane is confirmed to be adopted. There is no question about that, but it's a very important detail.

2 - Nanase correctly deduced the identity of the person who kept Diane from drinking the punch, which was very important. The punch was the conduit for Not-Tengu's magic.

So yes. Emergency "these details are very important for understanding Nanase's logic" recap. On the plus side, this means Elliot's suggestion of asking Tedd's dad got to wait until the end of this comic, making it something of a Friday cliffhanger, so it all worked out in the end.