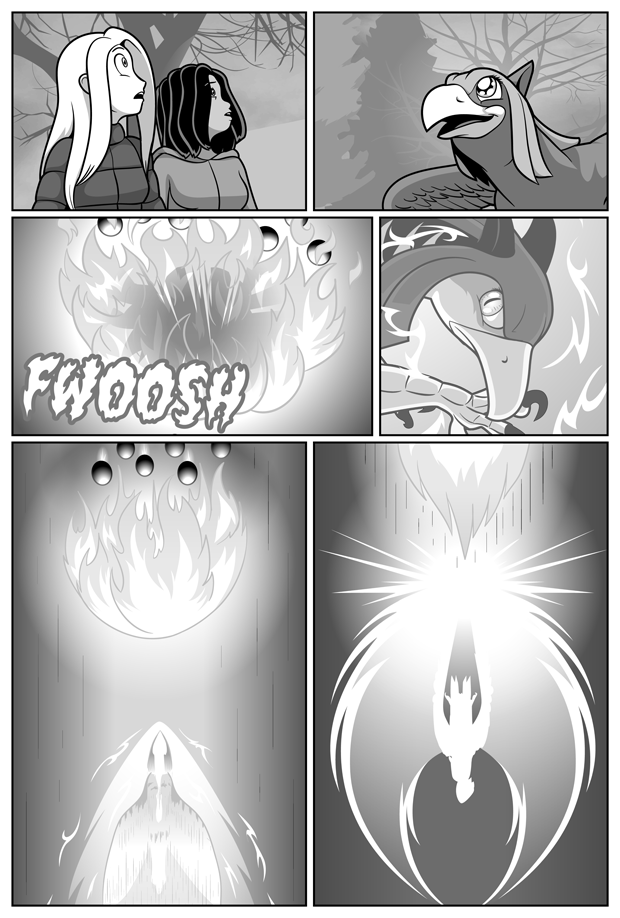 The lack of sound effects in the last three panels is the result of me not wanting to cover up any of the parts of the panels that I would need to, so... Nope! I sorta like the effect, anyway.

This comic would have been finished a whole lot faster if I'd just accepted that it would take two comics to finish sooner. I was trying to figure out how convey everything that's in this comic, plus half or more of what will now be Monday's comic, in a single page.

THIS WAS A BAD PLAN.