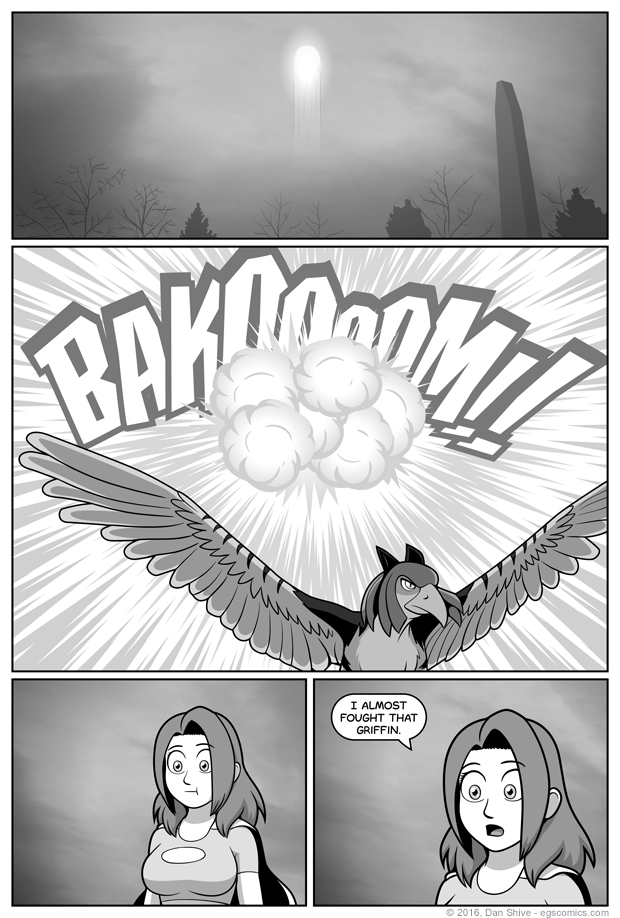 Well, of COURSE I made a version of this with Tara wearing sunglasses! What kind of question even is that?

As previously mentioned, I originally tried to fit WAY too much into the previous comic, which would have included... Well, it would have included a smaller version of the second panel. The first panel wouldn't even be there due to a lack of space. Yeesh.

The "bakoooom!!" sound effect is an homage to a moment in the Dragon Ball anime in which a villain was hit by an explosive, and yes, I do mean the anime. In spite of it being animated, the written sound effect was included.