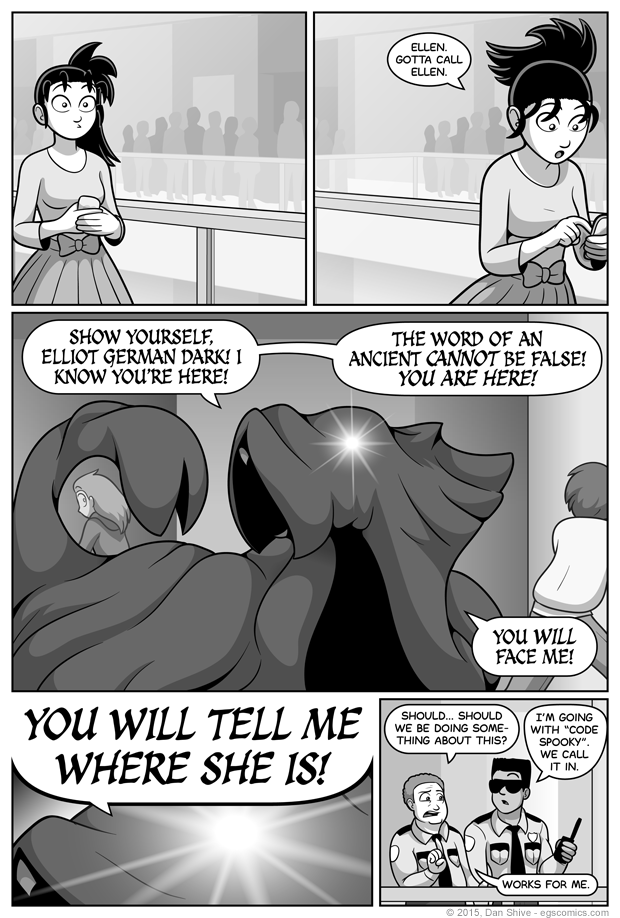 Ashley? Ashley, I know it's an honest mistake, but that's the opposite of the direction Elliot--er, Cheerleadra told you to go in. Remember? Ashley?

I wanted to address the matter of mall cops without making them look too bad. I'm not out to insult their profession, darn it, and they get enough of that from the Paul Blart Mall Cop movies.

Granted, I need them out of the way at the moment, so they're literally phoning it in. To be fair, they're dealing with something clearly inhuman that talks and supposedly has yet to actually attack anyone, and they're likely doing exactly what mall cops in Moperville are trained to do when something "spooky" happens, so there.

Have I mentioned that my use of the word "spooky" is X-Files inspired? I probably have, but what the heck. People on the show called Fox Mulder "spooky", and that stuck with me. That, and it's fun to say.