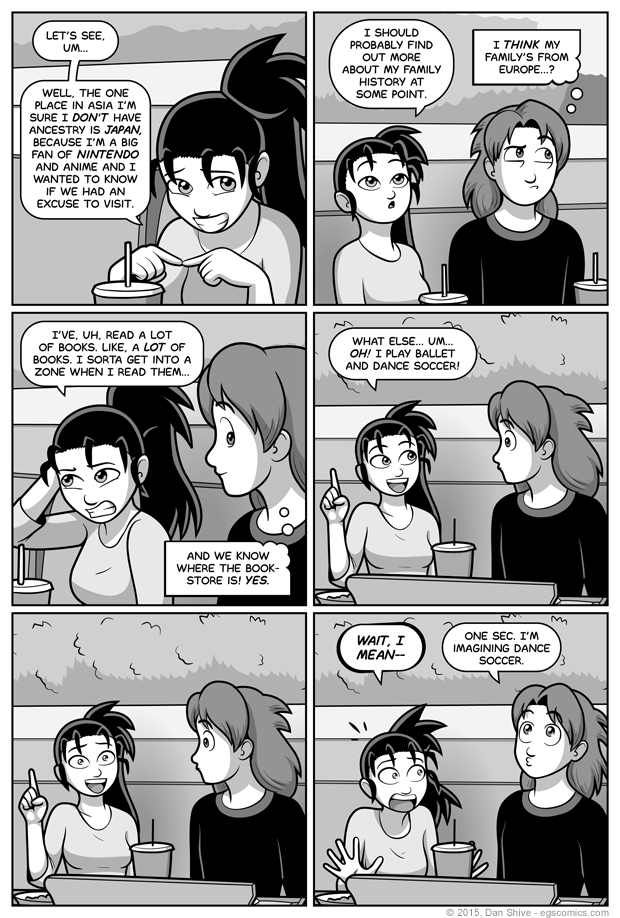 Ashley's geographically widespread history and her family not being particularly big on their heritage prior to immigrating to America generations ago was something I originally figured would take panels upon panels to address, but nope. GOOD THING I SPENT SO MUCH TIME THINKING ABOUT HOW THAT DISCUSSION WOULD GO

Of course, if they don't talk about it much, why would there be a big discussion? I guess I just assume every detail is going to wind up being a lengthy discussion.

Normally with fan speculation, I either just say "nailed it" or "nope" and move on with life, but I received a lot of speculation very early on about Ashley being either a soccer player or a dancer, and on this rare ocassion, I said, "nope, but you still nailed it".

Put in a less "Dan's brain phrases things strangely" way, I thought it would be cool if she had experience with both, and while I don't generally watch ballet, I do think the things the dancers can do are super rad, so I decided she specifically had experience with that.