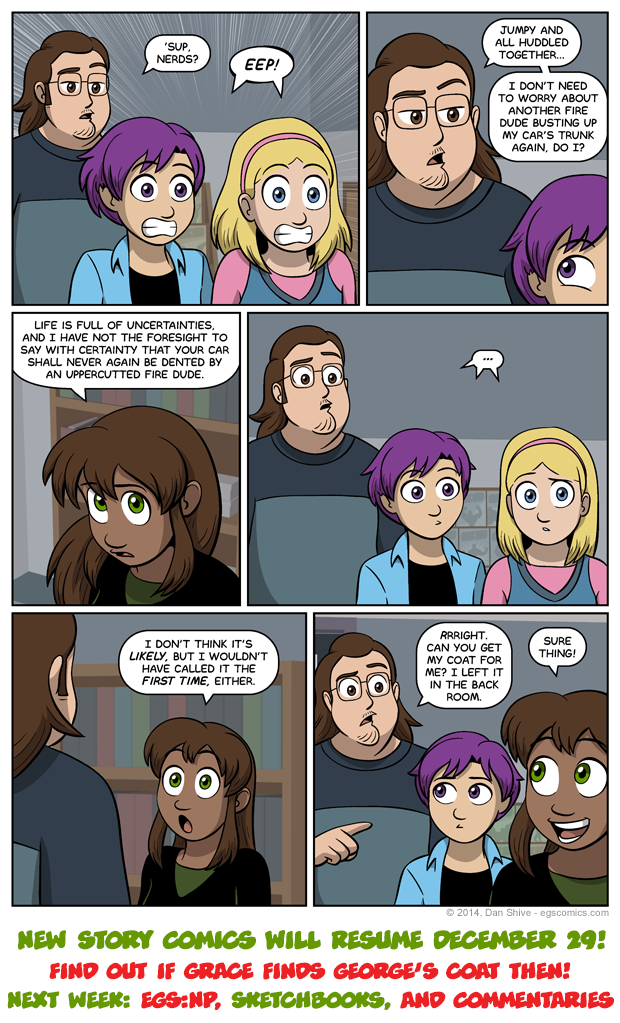 If ever one needed proof that I don't deliberately time cliffhangers around update dates, this was it.

I mean, yeah, there's the promise of the discussion between Justin and Luke and stuff, but my big week long cliffhanger is effectively Grace going to get George's coat. That is not very cliffhangery, though I suppose it is a bit coathangery.

EGS:NP, which will keep updating next week, along with new sketchbooks, classic commentaries, and sketchbook commentaries. There won't be new story comics, but there's still gonna be a looooot of stuff going on.