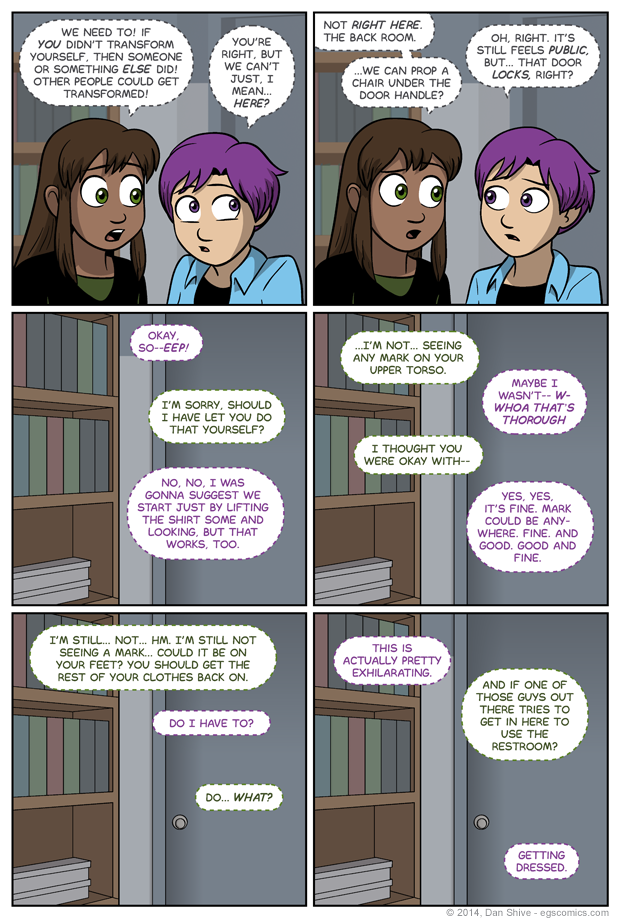 This comic was posted really late on the day it was posted, and it's super obvious as to why: It just took so long to draw!

Granted, it might not look like that would be the case, but you can't just have dialogue over the same background for four panels. You have to draw everything that's being described and only THEN can you completely cover it up with that sort of background so no one will ever really see those panels.

Okay, in actuality actually a bunch of other factors both comic and non-comic related that resulted in this being posted so late, but is that really what you wanted to hear? Were you not happier believing there were drawn versions of those panels somewhere? The answer is yes. Yes you were.