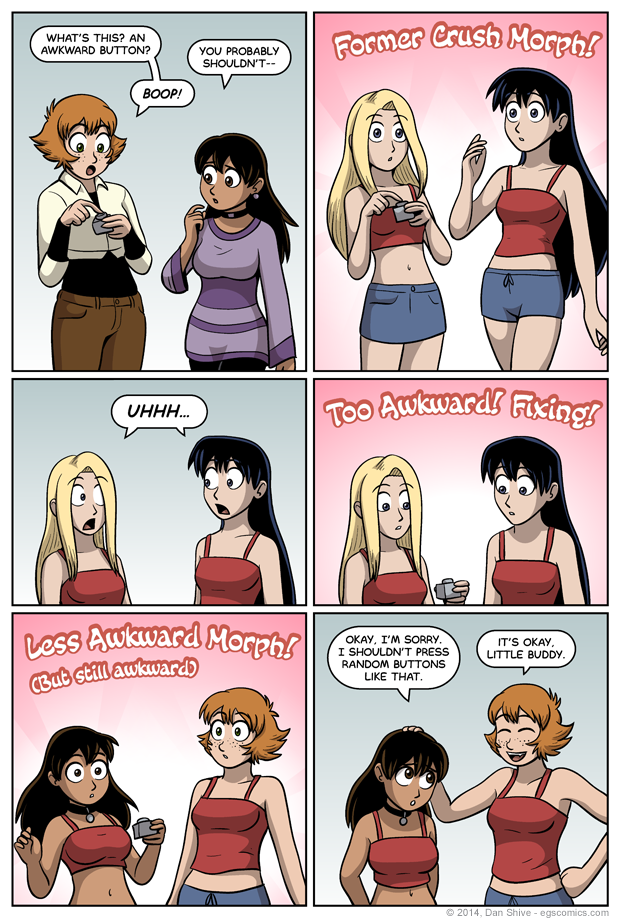 BEHOLD! The first Patreon Milestone sketchbook! There will be a second one thanks to how awesome readers of this comic are, but that's THE FUTURE. Let's focus on the present comic.

The basic premise of Catalina and Rhoda turning into Diane and Susan as the result of the awkward button has been in my head for a while, but it just seemed a bit too awkward (ironically) for a four panel awkward button sequence. I think this end result works well. I'll know for certain if I don't see torches and pitchforks later.