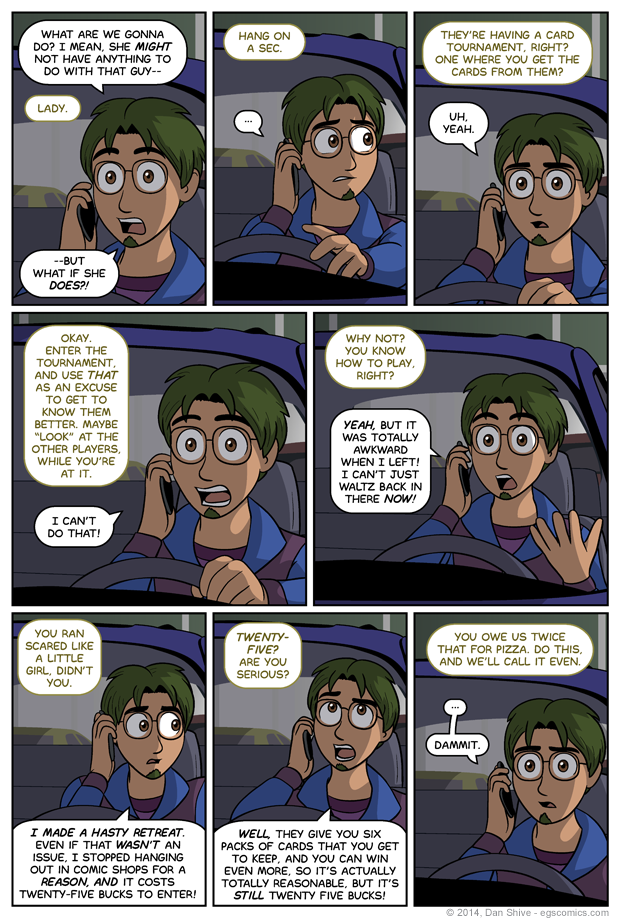 Excuse me, guy who's name is definitely not Luke, but weren't you already overdo to never be in the comic again? This is, like, the opposite of that. I mean, not the exact opposite short of being in every future comic, but STILL.

I probably could have gotten away with cutting panel seven of this comic entirely, but I felt obligated to include it. This is inspired by actual card tournaments, and the entry fee really is reasonable given the current prices of packs. In fact, when you factor in sales tax, it would usually cost more to buy that many individual packs outside of a tournament environment.