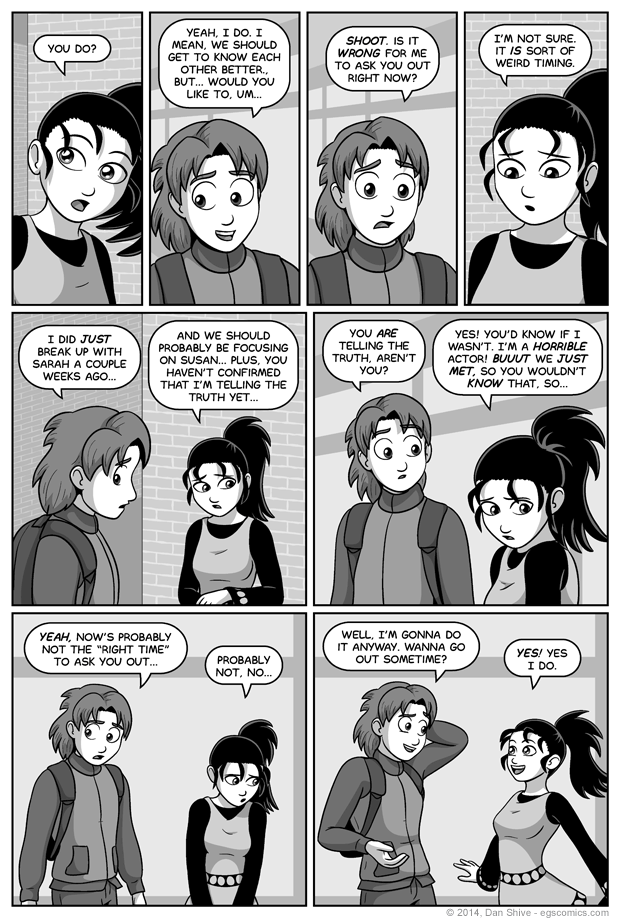 One might be tempted to call me a troll after reading this comic, but that's not fair! This is Elliot being Elliot and Ashley being Ashley. There is nothing trollish about it!

...Okay, it's slightly trollish, but it's in character so IT DOESN'T COUNT! HA!

Here's an interesting coincidence. I linked to two comics in the first paragraph. One was for Elliot ("I'm history's greatest monster!"), and the other for Ashley ("...I must be the dumbest person ever!" ). With the current archive system, the comic ID for Elliot's comic is 1578, and Ashley's is 1785. Both IDs are made up of the same four numbers.

I did not plan that, nor am I sure how I could have reasonably done so, but I do think it's a nifty coincidence.