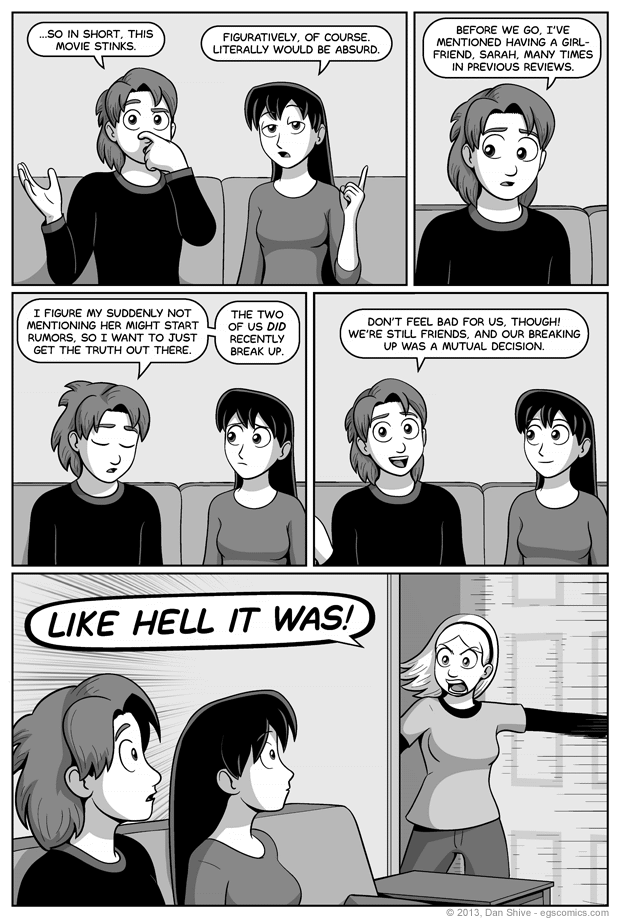 Oh no... I hear sirens! IT'S THE CONTINUITY POLICE! You'll never take me alive, coppers!

Anyway, and so begins the next "seriously and for reals" storyline! It's called Identity. Why? I don't know. I have a dart board with words on it. An inch to the right, and it would have been called Pizza, while an inch to the left would have been worth 50 pts and a spin on the wheel of adjectives.

I was originally planning to have Sarah kick the door open, but when it came time to actually make the comic, I realized that wouldn't really work for what I wanted for about nine hundred billion reasons. The primary reason, however, was simply that I wanted one big panel with all three of them in it, and Sarah kicking the door open would basically limit that to focusing only on her foot, or viewing everything from pretty much the same angle as all the other panels, which would have been absolutely horrible.

In case anyone is curious, her style of kicking would have been very similar to her kicking in an earlier dream sequence.